Continue to Site
You are here: Home / Drives + Supplies / Borries integrates high-speed drives in its markers

Borries Marking Systems (www.borries.com) has announced the release of the latest high-speed motor drives integrated in its programmable dot peen and scribe marking machines. These drives replace the more complex and expensive servo drive systems, which are current alternative for marking situations. 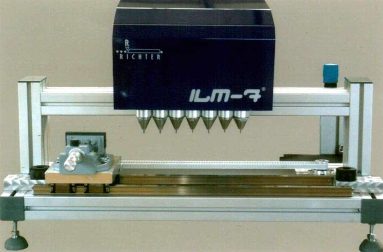 The drives were originally developed in response to the demands of the automotive industry for lower machine cycle times but faster production rates, as manifested by automotive stamping plants, where the stamping plants deliver 12 characters in three seconds at a speed of 5 mm.

Aside from the new systems, which are capable of increasing the throughput and reducing the cycle time, the company also provides retrofit packages for existing devices.

With the use of higher speed drives, the devices can be installed as retrofit kits either at the Borries factory or in the field. This gives users an affordable solution for optimizing marking speeds without the need of acquiring a new device.

These high-speed drives are offered in the company’s programmable dot peen and scribe machines portfolio.