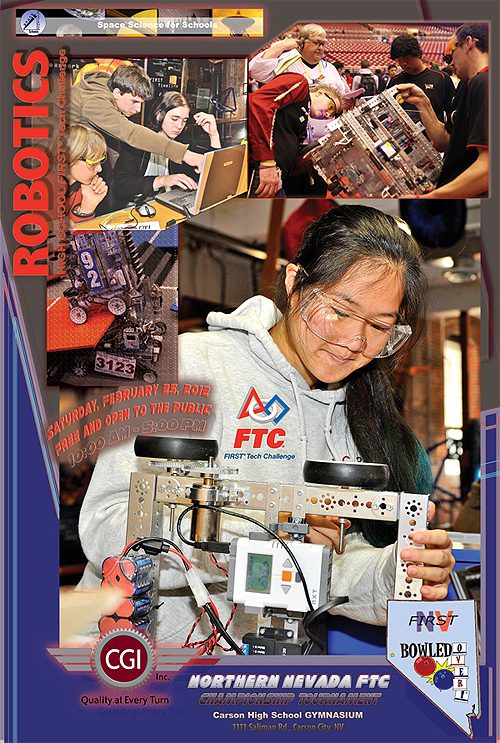 Founded by Dean Kamen in 1992, FIRST’s mission is to inspire young people to be science and technology leaders, by engaging them in exciting mentor-based programs that build science, engineering and technology skills. FIRST focuses on innovation and fosters well-rounded life capabilities including self-confidence, communication and leadership.

Mike Madison, president of CGI, Inc. noted that he is proud to participate in FIRST as the main event sponsor for Northern Nevada FTC Championship.  “As a US based manufacturing company, we take great pride in our ability to produce competitively priced products meeting the needs of our customers and credit our success to the employees and partners of CGI, Inc.  FIRST plays an integral role by introducing and ensuring that science and technology are at the forefront of today’s youth. We believe that investing in tomorrow’s leaders improves the future of CGI, Inc. and US Manufacturing.”

Dean Kamen unveiled the rebound Rumble Robotics Game on January 7, 2012 to a host of celebrities and over 60,000 high school students for the 2012 FIRST Robotics Competition Kickoff.  Finals will be held in St. Louis, MO April 25-28, 2012. For more information on the Northern Nevada FTC Championship Tournament click here for registration and schedule details: