PARSIPPANY, N.J. — Curtiss-Wright Corporation (NYSE: CW) announced that it has received a contract from Claverham Limited to provide transducers for use in the fly-by-wire systems that control the main rotor and tail rotor on the Sikorsky UH-60M Upgrade and CH-53K helicopters. The contract has a potential value in excess of $20 million over a 15-year period with shipments expected to begin in 2009. The company will supply these products from its Motion Control facility in Christchurch, UK. 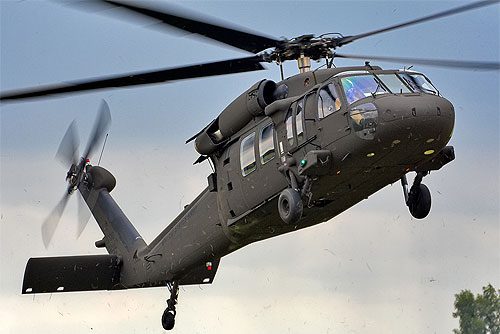 Curtiss-Wright is a leading supplier of linear displacement transducers, rotary displacement transducers and solenoids for fixed and rotary wing aircraft operating in commercial and defense applications. Under the terms of this award, Curtiss-Wright will supply multi-channel and pressure sealed linear variable displacement transducers (LVDTs) for use on the U.S. Army’s helicopter programs. The LVDTs are embedded in the primary flight control actuators manufactured by Claverham Limited, a Hamilton Sundstrand Flight Systems business unit. The transducers provide electrical signals that are proportional to the position of the hydraulic actuator rod. The actuators form part of the fly-by-wire control system, which changes the rotor pitch angles on the main and tail rotors in response to the pilot’s commands during flight.

The UH-60M BLACK HAWK helicopter has become an integral part of the U.S. Army’s command and control system, providing brigade commanders with real time digital situational awareness and command and control options. The CH-53K helicopter is expected to replace the Sikorsky CH-53E, which is the largest and heaviest helicopter in the United States military. The Marine Corps currently deploys the CH-53E from amphibious assault ships to transport personnel and equipment, and to carry external cargo loads.