According to a comprehensive analysis by WITTENSTEIN, a specialist in mechatronics and drive technology, high-performance Simmerrings seals from Freudenberg Sealing Technologies make a considerable contribution to the reliability of industrial gearboxes.

The seals in the investigation are manufactured from a wear-resistant elastomer and are used on the drive and output ends of high-end planetary and angular gearboxes. At these locations, they ensure that no lubricant escapes from the gearbox and that no contamination or product residue can penetrate into it.

Over more than 10 years, WITTENSTEIN installed more than 1 million high-performance Simmerrings from Freudenberg Sealing Technologies into these gearboxes. With the help of automated evaluation and forecasting software, WITTENSTEIN engineers are analyzing their real-life failure performance. More after the jump. 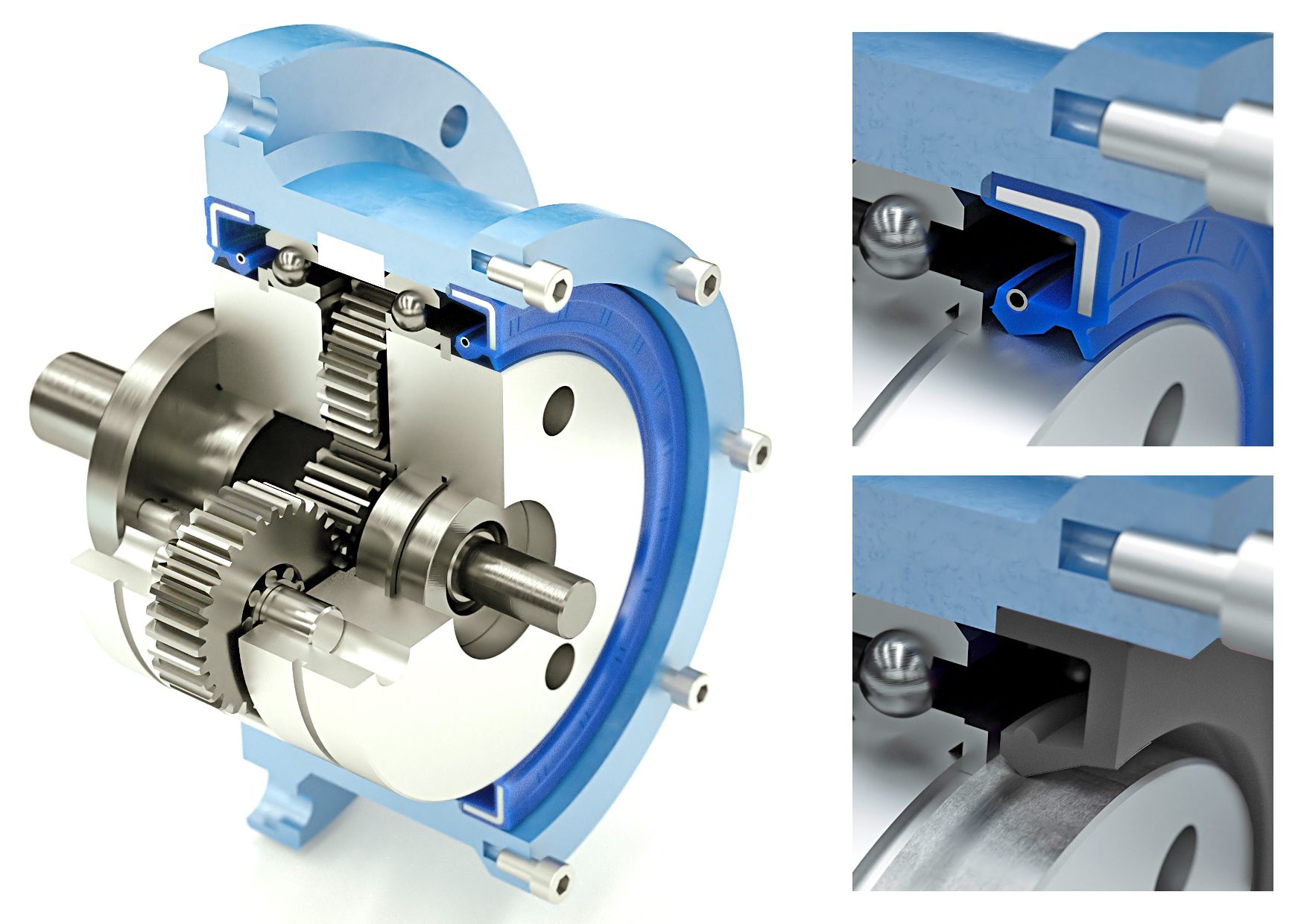 The field data on the seals’ reliability clearly show that the number of seal-related malfunctions has declined by a factor of 10 compared to the seals composed of a standard material that was previously used. Since that point, the proportion of malfunctions due to leakage has been just 0.025% and a large share of them can be attributed to premature failures rather than wear.

WITTENSTEIN and Freudenberg Sealing Technologies jointly developed the new seals in a close technological partnership. The Simmerrings were manufactured from the elastomer material 75 FKM 170055, which stands out for its high wear resistance. The material especially plays out its advantages with its run-in behavior. That is because seals made of the standard FKM material tend to increase friction and wear under high dynamic stresses and can entrench themselves even in hardened counter-surfaces. This in turn leads to leakage in the event of axial perturbing movements. On the other hand, the robust characteristics of the 75 FKM 170055 materials allow the seal lip’s contact pressure to be less and the lip to be narrower, greatly reducing wear.

“Users of our high-end gearboxes expect high reliability, especially in their seals,” said Michael Schmidt, an expert in sealing technology at WITTENSTEIN.

Reliable sealing is especially important for applications in the food sector. Low-backlash planetary gearboxes are frequently used in these cases because they fulfill high requirements for precision and dynamic characteristics particularly well. The motion sequences for creasing and closing milk cartons, for example, must be adjusted precisely to the filling process.

The packaging must also be precisely positioned and not oscillate during individual stops. Fluids must not spill over during further transport. This must all take place under strict hygienic conditions at very high speeds. There is also the fact that only certain food-grade lubricants that contain only limited amounts of additives are permitted in these applications. Here as well, premium Simmerrings from Freudenberg Sealing Technologies guarantee much lower wear than standard FKM seals. As a result, their operating life is significantly longer.

Foundation for the development of new special applications

“We are now taking advantage of our experience based on the field use of radial shaft seal rings – documented with the evaluation and forecasting software – to jointly develop special applications with WITTENSTEIN,” said Erich Prem, product developer for industrial applications at Freudenberg Sealing Technologies.

It is not just the productivity requirements that increase with the increasingly complex and technically demanding applications – but also the reliability of individual components. With other industries in mind, the partners are currently developing wear-resistant sealing solutions with substantially longer operating lives for gearboxes, many fewer disruptions and much reduced downtime.

As the leading specialist in sealing applications and their markets, Freudenberg Sealing Technologies is a supplier as well as a development and service partner serving customers in a wide variety of sectors including the automotive industry, civil aviation, mechanical engineering, shipbuilding, the food and pharmaceuticals industries, and agricultural and construction machinery. In 2015, Freudenberg Sealing Technologies generated sales of about €2.3 billion and employed more than 15,000 people. More information is at www.fst.com.

The company is part to the global Freudenberg Group which, with its Business Areas Seals and Vibration Control Technology, Nonwovens and Filtration, Household Products as well as Specialties and Others. In 2015, the Group generated sales of more than
€7.5 billion in and employed approximately 40,000 associates in around 60 countries. More information is available at www.freudenberg.com.