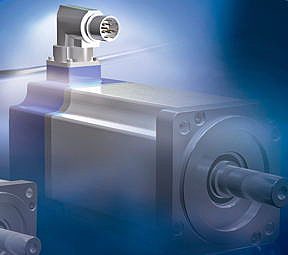 The new interface enables one cable to carry both encoder signal and power. Motors now require a single connector only, which significantly reduces costs and cabling time.

For safe speed and position functions, the Hiperface DSL encoder interface has been specifically designed to be the only interface that supports encoders to SIL3 levels.

Using two or four wires within a motor’s power cable, digital sensor data can be transmitted on a maximum distance of 100 m. Although commonly used for motor winding temperature sensors, the twisted-wire pair wires can now be utilized for digital communications. Encoders compatible with the new protocol are provided with an optional input which digitize temperature signals and transmit them directly to the drive containing the encoder data.

Standard cables can be used when transmitting data at a distance of up to 20 m. For longer distances, the cables must conform to specified impedance criteria.

Offering a transmission rate of 9.216 Mbd, the new interface conforms with RS-485 criteria. It transmits data in a short span of 12.15 μs, or five times faster than the fastest drives.

“The combination of improved speed regulation and functionality with greater operator safety, and at a reduced cost, marks a significant step forward,” said Darren Pratt, encoder specialist at Sick UK.

“Hiperface DSL is set to be the new standard for high- to low-performance applications.”

The new encoders can also be used to log speed, temperature and rotation data for maintenance purposes. Hiperface DSL can also include other sensor information — such as vibration, acceleration and torque — to offer optimized dynamic control.