Temecula, CA – Industrial automation manufacturer Opto 22 has released the G4D32EB2-UPG and G4EB2, two new I/O processors which allow automation professionals to upgrade a legacy mistic(tm) or Pamux(tm) G4 digital I/O system on a serial network to operate as part of a modern, Ethernet/TCP-based control system without needing to replace or modify existing I/O or field wiring. Upgrading a legacy I/O system like this is an economical strategy that preserves the investment of time and money made over many years in the I/O and field wiring. 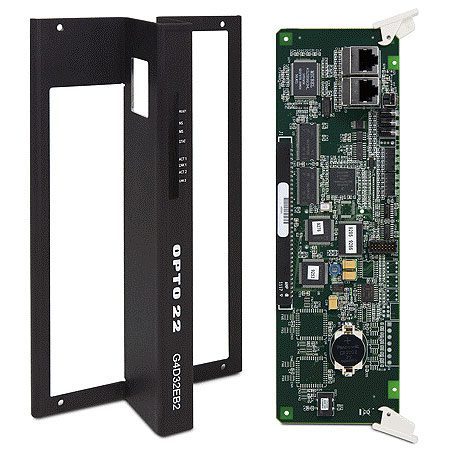 The G4D32EB2-UPG and G4EB2 I/O processors are upgrades for legacy G4D32RS and B4 digital I/O processors, or “brains,” used in legacy mistic and Pamux digital I/O systems, respectively. When upgraded with a new I/O processor, digital I/O points on the mistic or Pamux I/O system can be accessed over a standard, non-proprietary Ethernet network, and can be included as part of a control program running on an Opto 22 programmable automation controller (PAC) or as part of a custom software application running on a PC. The G4D32EB2-UPG and G4EB2 support multiple Ethernet protocols including OptoMMP, Modbus/TCP, and EtherNet/IP, and a standard TCP/IP interface is used with Opto 22 software development kits and developer toolkits.