JVL (www.jvlusa.com), a leading company in the field of integrated stepper and servo motors, has unveiled an EtherCat module equipped with M12 connectors as well as internal switch technology with Ethernet IN/OUT — the EtherCAT Industrial Ethernet Module.

Specifically developed to meet the demand of the market for a new module that features EtherCAT and EtherNet/IP, the EtherCAT Industrial Ethernet Module supplements the current modules offered by the company that includes Profibus, CANopen, NanoPLC, Devicenet, WLAN and BlueTooth.

EtherCAT, or Ethernet for Control Automation Technology, is the leading and fastest growing industrial Ethernet bus inEurope. Originally developed by Beckhoff, this technology overcomes the system limitations of various Ethernet solutions as its Ethernet frame is now processed on the fly. With the telegram sent to the next device, the slave node’s new FMMU (fieldbus memory management unit) reads the data addressed to it.

With the FMMU and DMA access to the master’s network card, the complete protocol processing is independent of the run-time of protocol stacks, software implementation or CPU performance since it now occurs within the hardware. Featuring 30 µs update time for 1,000 distributed I/Os, the new module can also exchange a maximum of 1,486 bytes of process data, which is equivalent to around 12,000 digital inputs and outputs, with a single Ethernet frame at only 300 µs. 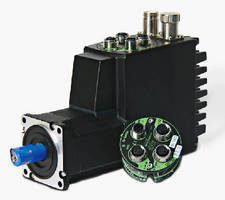 The new module is fitted with smaller and more cost effective central PC, with one Ethernet interface adequate for the periphery’s complete communication.