Continue to Site
You are here: Home / Featured / Editor Blogs / Motion Control in 2014

According to the Power Transmission Distributors Association (PTDA), the North American power distribution and motion control market is estimated at $68 billion. So within this multibillion dollar market, what are some of the trends that will shape the motion control industry in 2014? Here are a few that stand out: 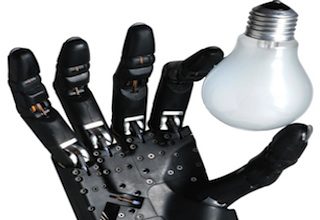 Single-cable solutions: A growing trend in motion control is the use of a single cable for all of the relevant power and signals. The key advantage here is the fact of using and having to buy less cabling, thereby saving cost. But also, simplifying networking by only using a single cable instead of multiple cables for different functions.

Integration: This is an old trend that continued strong in 2013 and will become more prevalent in the coming year. Bringing together different motion control components, for instance in such things as integrated servomotors which integrate a motor, controller, feedback, and drive into one package, is a prime way to simplify design and cut system costs.

Robotics: Robotics is poised to have a great year with more and more robotics applications seeing the light of day. Not only traditional spaces for robotics such as industrial and automation in manufacturing and wharehousing for instance, but more and more in medical applications as surgical robots, aerial drones, and so-called mobile robotics apps. As robotics is heavily dependent on advances in motion control, these two areas will naturally complement one another, as I spelled out in an earlier piece on advances in hardware and software.

Electronic vehicles:  Another area where motion control may be set to take off (pardon the pun) is in electronic vehicles, where the need for electric motors and accessory components will only grow. Vehicles include not only cars and trucks but electronic bikes and scooters.

For a more detailed look at what 2014 holds in store for the motion control industry from the likes of leading companies such as Rockwell Automation, Beckhoff Automation, Bison Gear, Moog Animatics and others, you can check out Design World Senior Editor Mary Gannon’s piece here.