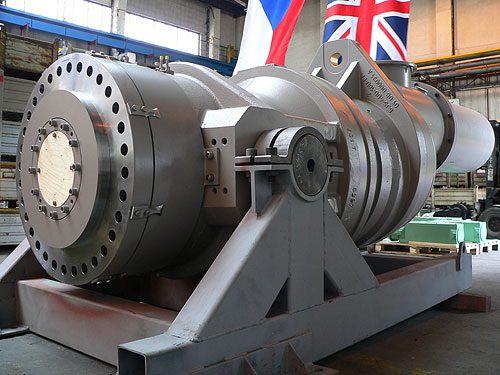 The gearbox of SeaGen is equipped with nine types of NKE bearings.

Tidal current turbines are among the latest developments in renewable energy. Installed undersea, the turbines are driven by the tidal flow of water. Bearing manufacturer NKE Austria supplies the bearings for the gearboxes of these “underwater windmills”. 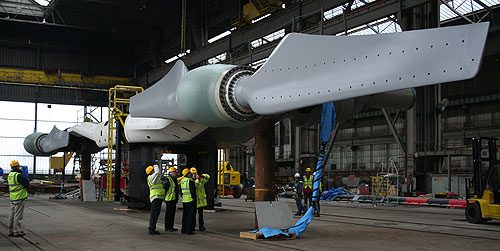 The 1.2 MW SeaGen tidal current turbine has been developed by leading tidal turbines technology developer Marine Current Turbines Ltd. (MCT) based in Bristol, United Kingdom. The turbine works much like an “underwater windmill”, but is driven by the tidal current rather than air. Unlike wind energy, which is subject to the random nature of the weather, tidal flows are much more predictable. Moreover, due to the higher density of water compared to air, underwater turbines do not need to be as large as wind turbines. SeaGen has been installed in Northern Ireland’s Strangford Lough and is the world’s first commercial tidal current turbine. 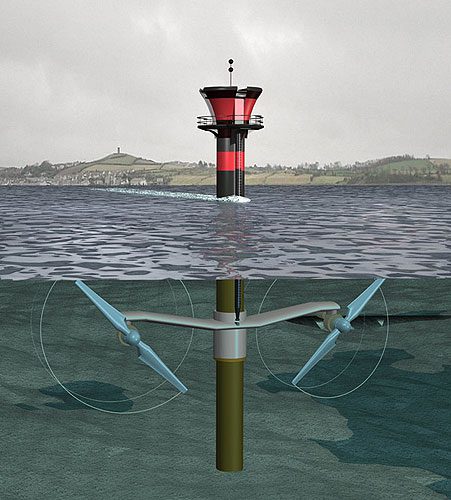 Artist’s impression of SeaGen units in the sea.

The SeaGen turbine’s gearbox has been designed by Orbital2 Ltd., a leading UK developer of renewable energy gearboxes and is being manufactured in the Czech Republic by Wikov MGI. The gearbox developers and manufacturers have selected NKE Austria to supply the bearings. Decisive in their choice were NKE’s excellent technical support and short production lead times. “NKE has been a capable and efficient partner in bearing technology. The availability of large main rotor shaft bearings is the decisive factor for this project”, said Dr. Frank Cunliffe, managing director of Orbital2. 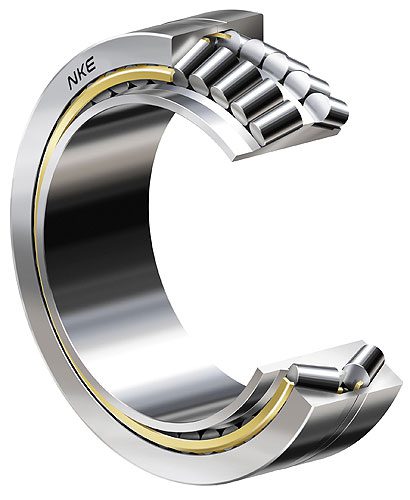 The tapered roller bearing is one of the NKE bearing types used in SeaGen gearboxes.

Besides bearings for tidal current turbines, NKE supplies bearings for other renewable energy sectors, especially wind energy. By winning contracts worth millions of euros from renowned wind turbine and gearbox manufacturers, NKE has been actively contributing to the development of technologies aimed at reducing emissions.