Based neat Shouthampton, Rotary Logic Systems supplies both stand-alone modules and machines to be integrated into various applications within the converting and finishing industries.

Rotary Logic Systems Director Alan Chandler, said, “We need drives that are flexible in operation, straightforward to program and with very fast response – that’s why we use mainly Digitax ST Plus servo-drives from Control Techniques.

“The speed of response we need on many modules just cannot be achieved with external PLCs. The response times, because the drives’ processors are within the drives themselves, are much faster!”

In one of its project in India, which involves a series of six lines, the company placed a total of 30 Control Techniques drives on each line, while Digitax ST Plus servo-drives and Unimotor FM motors control all the feeds as well as the other processes. 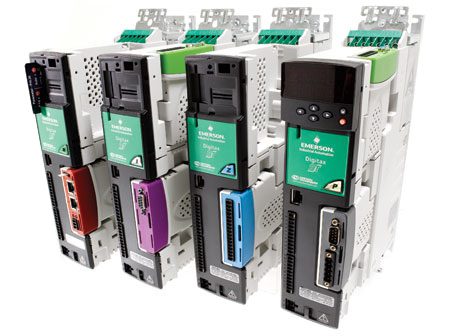 “With changes in the needs of our client, we had to devise a system that maintains accuracy of application on an inconsistent substrate,” explained Alan Chandler.

“This has been achieved within the software – Control Techniques has worked alongside us for two years to help develop this – and we believe it is unique in the finishing market.”