Continue to Site
You are here: Home / Featured / Editor Blogs / Sercos: 25 years and no slowing down

2015 is an anniversary year for Sercos the industrial automation bus, celebrating 25 years since the founding of Sercos and 10 years since the launch of the first Sercos III devices.

This milestone was marked with new offerings and partnerships with a number of automation companies at the recent Hannover Fair 2015 in Germany. For instance, a robotic Tic-Tac-Toe demo from Schneider Electric was one of the highlights. The robot consisted of a fully stainless-steel PacDrive P4-robot and an MAXR gantry robot, both part of Schneider Electric’s line of Robotics products. The 3-axis P4 delta robot sets the gaming pieces while the 3-axis portal moves the board with its additional rotary axis. To perform this task, the P4 picker has to synchronize with four mechanically coupled axes (3 linear, 1 rotary). After each automatic move by the robot, the visitor sets his gaming piece using the human-machine interface. This allowed the visitor to play an active role in the game and in the robot’s actions.

Bosch Rexroth also showed its Sercans Sercos master module, one of the first products for the common Sercos III and EtherNet/IP infrastructure. The parallel communication of Sercos III, EtherNet/IP, TCP/IP and safety-related communication is said to significantly ease automation and allow engineers and system integrators to combine devices from different manufacturers that support Sercos, EtherNet/IP or TCP/IP. This PC plug-in card simplifies the automation of individual machine modules as well as entire machines.

A number of companies have already started to implement projects using the Sercos III Soft-Master in cooperation with Bosch Rexroth AG. After a controlled testing period, the Soft-Master will be made available under an open source license for general use in the software pool of Sercos International e.V. The license model will follow the one used for the Sercos III master library CoSeMa (Common Sercos Master; http://sourceforge.net/projects/cosema/), which has been available as open source since April 2009 and can be used for hardware-based as well as software-based master implementations. 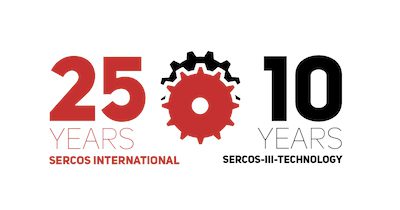