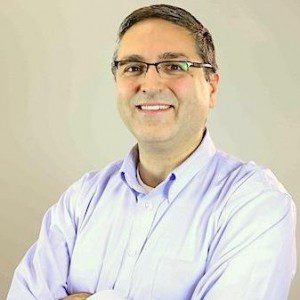 As critical components in motion control systems, encoders have come a long way from the mostly mechanical devices of yesteryear.

We asked some leading encoder manufacturers to tell us how encoder designs are changing and what industries and applications are driving those changes. Here’s what those manufacturers said.

1. What are some of the key technological advances that have taken place in the area of encoders as it relates to motion control?

Scott Orlosky, Engineering Manager, BEI Industrial Encoders: Encoder makers have standardized on a common set of output drivers that are more robust, electrically protected, and with higher drive capabilities than in the past.  In addition, in the area of connectivity, encoders increasingly connect to buses—either existing fieldbuses or emerging Ethernet-based buses.

Bob Setbacken, Sr. Director Special Products, Heidenhain: Many automation manufacturers who have used incremental encoder solutions in the past have switched to absolute encoders across product lines. In some cases this has been for reasons that are not immediately obvious. For example, a conveyor system may or may not benefit from absolute position feedback. However, a motor using an incremental encoder with commutation can have 14 to 16 wires in the connecting cable. When cable runs can extend hundreds of feet, the cost of copper can be significant.

In contrast, an absolute encoder will provide far more information to the control system using only four to six wires over a serial bus. The higher cost of the encoder in cases like this can be offset by the simplified interconnect and lower cable costs. There is an old saying that the most unreliable part of an electrical circuit is the mechanical part, and it is true that these simpler connectors with fewer pins will also have higher reliability.

John Meschko, Chief Technology Officer, Encoder Products Co.: One ongoing trend has been increased resolution and accuracy for optical, magnetic and other technologies. Driving this trend is a need for smoother and more precise control of motors. Encoder manufacturers generally get higher resolution via interpolation techniques. To keep costs low and maximize performance, they are incorporating interpolation into the ASIC or smart sensor itself. Another area of development is in programmable encoders, which use smart sensors and microcontrollers to offer more flexibility with programmable resolution, waveforms, and outputs.

Christian Fell, VP, Posital-Fraba: There is a growing trend toward the use of embedded microprocessors and advanced signal-processing algorithms to improve reliability … so electronic components do tasks once handled by electromechanical components.

For example, traditional absolute optical encoders have a glass or plastic code disk, a light source and photosensors. Code disks linked together as a gear train make multi-turn measurements. These devices are accurate and responsive, but mechanically complex and vulnerable to damage in harsh environments. In contrast, some magnetic encoders have a permanent magnet mounted on a rotating shaft and a set of Hall-effect sensors. Here, signal-processing software running on a fast 32-bit microprocessor makes rotation measurements with the accuracy and dynamic responsiveness of most optical encoders, but with fewer moving parts. Microprocessor-based instruments also let engineers change measurement characteristics through software—so engineers can update resolution (the number of steps per turn), zero-point location and measurement direction without making any mechanical changes.

Jeff Smoot, VP Motion Control, CUI Inc.: One key technological development has been the emergence of intelligence within the rotary encoder. Encoders have become much more versatile with the emergence of diagnostic and programming capabilities that can speed time to market, shrink overhead and reduce machine downtime in the field.

Scott Orlosky, Engineering Manager, BEI Industrial Encoders: Myriad industries use encoders, and all require some attributes that may be unique to their applications.  Generally speaking though, higher levels of sealing and higher-temperature operation are common objectives in a range of industries.

Bob Setbacken, Sr. Director Special Products, Heidenhain: Application of more capable automation systems has advanced existing, and created entirely new, applications. For example, some stepper motors (long used in low-cost, open-loop automation) now have incremental encoders with advanced control electronics to support applications where traditional servocontrols are desired but unaffordable. In some cases, such as in dispensing, the high torque of a stepper with closed-loop control even exceeds the performance of a traditional servo system.

Advances in encoder technology don’t always follow this value-performance segmentation. Again, reducing the number of wires in a cable is value driven and seems like such a trivial thing, but it’s made manufacturers invent novel forms of multiplexing data to transfer the same or more information over fewer wires. Combining data-transmission lines with motor-power cable is another recent change, eliminating an entire cable, but forcing manufacturers to make the communication protocol resistant to EMI and noise.

Automation also drives the application of robotics. Here, both linear and rotary absolute encoders track axes requiring position feedback. This industry has tended toward the use of resolvers for position feedback, but this may be changing. In addition, maintenance and increased interaction with humans during operation require absolute encoders certified for Functional Safety. Such certification necessitates rigorous design methodology, and it can be challenging to provide safety solutions without increasing system cost.

Christian Fell, VP, Posital-Fraba: Advanced motion control systems are increasingly being adopted in areas such as construction machinery, military vehicles, offshore equipment and alternative energy systems. Whether motivated by safety or efficiency, what these industries have in common is that they require reliable operation under conditions that can be dirty, wet and very hot or cold. Shock and vibration are also serious challenges. The new generation of encoders (and other motion sensors) that uses solid-state electronics rather than delicate mechanical systems have been developed, to a considerable degree, to meet the demands of these areas.

Clearly, both the users and manufacturers of encoders are benefiting from Moore’s Law. As microprocessors and ASICs become more powerful, smaller and more energy efficient, it opens opportunities for further functionality upgrades in smaller, tougher packages.

Jeff Smoot, VP Motion Control, CUI Inc.: The robotics and automation industries have exploded in recent years. Rotary encoders in these applications must provide information vital to system operation. Because of this, these applications are pushing encoders to be faster, more accurate, more intelligent, more precise and more efficient.

John Meschko, CTO, Encoder Products Co.: In recent years, magnetic encoders have been widely applied in relatively high-volume industries such as automotive, household appliances and fitness equipment. This high-volume use has helped fund the development of low cost magnetic sensors with increased accuracy and resolution that can also meet the needs of some industrial markets as well. So, magnetic end-of-shaft sensing technologies for consumer and automotive applications are now migrating to lower-volume industrial applications, such as automated vehicles and hoist and gantry systems.

3. What manufacturing and distribution changes have impacted encoders?

Scott Orlosky, Engineering Manager, BEI Industrial Encoders: The evolution in the consumer marketplace toward more online purchases is migrating over to the B2B marketplace.  Even though encoders have always been customizable to some degree, which does not lend itself quite as well to consumer type channels, certain limited configurations are developing traction online.

Jeff Smoot, VP Motion Control, CUI Inc.: As the number and variability of encoder applications has expanded, encoder offerings have become more diverse. That has forced distribution networks to stock an expanding number of SKUs or deal with longer lead times for specific encoders. This in turn has spurred some manufacturers to make configurable encoders that are more versatile.

John Meschko, CTO, Encoder Products Co.: Global equipment and control supply has forced encoder manufacturers to support myriad electrical standards, mechanical interfaces, voltage levels, cables, connectors and more. So, they must offer products that are flexible enough to be backward compatible with the installed base. This flexibility takes the form of encoders with programmable resolution, voltage, waveforms, and more.

Related video: CUI in the Lab – AMT Zeroing & One Touch