Yokogawa Electric Corporation announces that it has enhanced its YS1000 series single loop controllers, and will be releasing them on June 13, 2014. The controllers feature a new TFT LCD with improved display characteristics and a design that facilitates easy maintenance.

Development Background
Single loop controllers are used in a wide variety of industrial facilities such as power plants, oil refineries, petrochemical plants, chemical plants, and iron and steel plants. These controllers receive temperature, flow rate, pressure, and other types of measurement readings from sensors and send corresponding instructions to control elements such as valves in order to maintain these values within a desired range. Each control loop* has its own controller. Single loop controllers are widely used in industry today to control small plant facilities and serve as back-ups to distributed control systems.
Yokogawa released its first analog controllers in the 1960s, and went digital in the 1980s with the release of the microprocessor-equipped YS80 series digital single loop controllers. The company continued to improve its products and followed up by releasing the YS100 series in 1991 and the YS1000 series in 2007. Today, for such reasons as the decline in the number of skilled engineers in the workforce, many of our customers have a need for controllers that are easy to use and maintain. To meet such needs, Yokogawa has improved its YS1000 series controllers.

Enhancements
1. Improved LCD screen
Formerly, this product used a STN LCD screen. This has been changed to a TFT LCD screen that has a 1.5 times wider viewing angle. The display contrast and brightness are also notably improved, making the screen much easier to read. In addition, the TFT LCD has a longer lifespan and does not need to be replaced as frequently.
2. Online replacement
As controllers typically are used over long periods of time, periodic replacement of the LCD screen is required. With the enhanced YS1000 controllers, the TFT LCD can be replaced while the controller is online, without interrupting the output of signals to control elements; there is no need to switch off the controller before replacing the display.

Future Approach
In total, more than 30,000 YS1000 series single loop controllers have been delivered to a variety of plants worldwide. The new YS1000 controllers offer improved displays that are easier to read and maintain, and their completely updated design ensures that they will be available for years to come. As a leading supplier of single loop controllers, Yokogawa is committed to meeting its customers’ needs.
* Control loop: a process control unit in which measurement data from a sensor is used to perform a calculation based on which a signal is output to a final control element such as a valve in order to bring a value within a desired target range. 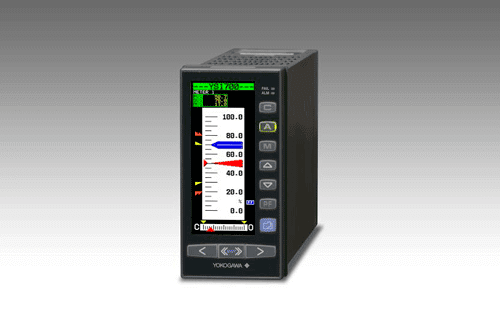