AUMA (www.auma.com) has unveiled its latest range of SQ.2 part-turn actuator for the automation of ball valves and butterfly valves at the ACHEMA Exhibition in Frankfurt. To be released on 2013, the all-new actuators will replace the SG.1 range, which has been produced by the company since 1998.

The company is set to expand the torque range of the SG.1 with the addition of a new size. Aside from more than doubling the torque range, the SQ.2 also offers shorter operating times. 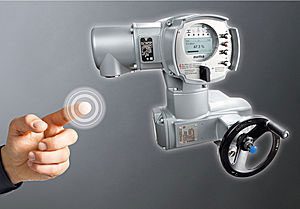 Compared to its predecessor SGR, the SQR version for modulating duty features optimized control characteristics that include positioning accuracy as well as more permissible number of starts per hour.

Operation and commissioning of the new actuators are similar to the SA.2 multi-turn type range that was released by the company in 2010. Since they have identical control concepts, the staff on the site will have no problem handling the actuators if they are both installed within the plant. Both type ranges are designed with microcontroller controlled AC or simple AM. Additionally, they do away with any integral controls.

The actuators offer an improved corrosion protection thanks to the company’s all-new two-component powder coating. In addition, the enclosure protection of the devices is compliant with the basic version of IP 68.

Meanwhile, the company will launch the SQEx explosion-proof version following completion of its certification.