Cognex Corporation (www.cognex.com) has announced the release of its Cognex Connect, which provides industrial protocol connectivity for hand held ID readers such as the Cognex DataMan 8000 ID readers, via PROFINET and EtherNet/IP support. Available in In-Sight vision system, Cognex Connect is an extensive collection of communication capabilities that is also offered in DataMan 200 fixed-mount ID reader series. 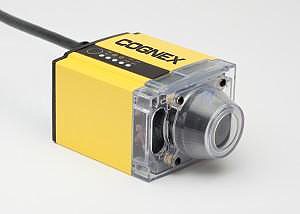 Cognex Connect enables users to easily monitor and configure a network of vision systems and Cognex ID readers through its open standard industrial Ethernet communications protocols. Since In-Sight and DataMan are network devices, the protocols enable the devices to be easily accessed from any terminal connected to the network. Thus, they eliminate the need for a host PC that will translate USB or RS 232 communication to a central or PLC network. Images and data files can be archived using the Cognex Connect’s FTP support. This capability allows later analysis and review of files. DataMan ID readers also allow users to customize terminal interfaces and GUI through a NET based command library. Its simple command line interface provides users control over the ID readers.

“By adding industrial protocols, the DataMan 8000 series is the first and only hand held ID reader to allow a direct connection to a PLC-acting as a node on the factory network,” Senior Vice President, International Sales and Marketing Didier Lacroix said. “DataMan readers with Cognex Connect completely eliminate the need for a PC and simplify the integration into the factory network, reducing costs and downtime.”