The actuator/sensor interface or ASI, developed by a group of Europe-based automation firms which saw the need for networking simplest devices at the lowest level, delivers low cost and simple configuration. ASI is specifically designed for small systems that employ discrete I/O devices, and caters for up to 31 slaves, supporting  up to four inputs and four outputs each totaling to 248 I/O. ASI is also used to connect vision sensors, proximity sensors, valves, limit switches and indicators in equipment, including material handling systems and packaging machines. 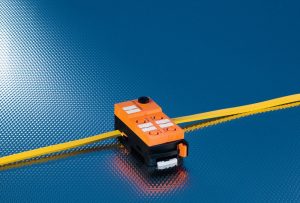 Field Device Tool (FDT) technology was historically associated with the factory automation vendors and users of discrete manufacturing equipment like ABB, Invensys, Endress+Hauser, Siemens and Metso. After the publication of the IEC 62453 international standard, FDT interface specification, FDT was claimed to be platform-independent, supporting a multitude of protocols such as Hart, Profibus, Devicenet, Foundation Fieldbus, AS-Interface, Interbus and Profinet.

FDT standardizes the configuration and communication interface between host systems and field devices. In addition, it provides a common environment to access the most sophisticated features on the devices, which can be configured, monitored, maintained and operated through the standardized user interface, irrespective of the type, supplier or communication protocol.

IO-Link is a field level, intelligent point-to-point connection system which is compatible with existing I/O standards, supported by a group of automation product suppliers. The companies have joined together to support a new concept in all areas of actuator, sensor and control technology