Continue to Site
You are here: Home / Featured / Editor Blogs / Is Automation a Job Killer?

A recent report on CBS’ 60 Minutes news program spotlighting the increasing use of robotics in automation is causing quite a stir. The report includes the input of two MIT Professors, Erik Brynjolfsson and Andrew McAfee, who claim that despite corporate profits having returned and business investment on the rise, the one thing that hasn’t recovered is the creation of jobs. The professors claim that one reason this hasn’t happened is that robots are performing more of the routine, middle-level jobs that in the past went to humans. 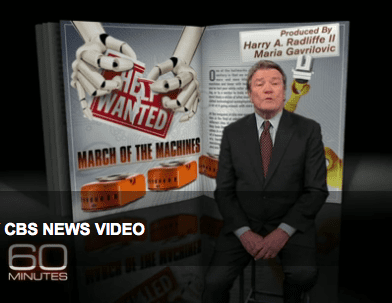 Organizations such as The Association for Advancing Automation have posted replies to what they believe is a very one-sided view presented by the 60 Minutes report, arguing that automation actually creates more jobs.

However, it seems that the truth is most likely somewhere in the middle. There is no question that robots and automation in general have reduced the demand for jobs that require many routine, low-level skills. That’s the entire point of automating, because it’s financially beneficial to a company  to hire fewer workers if tasks can be done without them and if productivity is increased as a result. And at the same time it’s also true that robots and automation create more high-skill jobs in assembly, programming and design. But it seems that this is not a zero-sum game; that is, the number of high-skill jobs being created is not necessarily the same as the number of low-skill jobs being eliminated. And there’s the rub.

Do you agree or disagree? Tell us what you think.