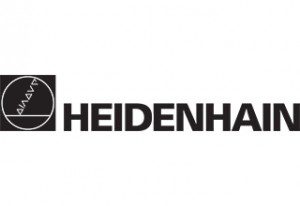 HEIDENHAIN is meeting the market demand for high-speed, high-resolution modular rotary encoders for motion feedback with the launch of the ERO 2000 series encoder. The encoders’ special properties are that they have a very compact design, excellent signal quality and therefore high interpolation rates, as well as excellent thermal position stability.

The introduction of this new ERO 2000 is the start of a series with additional sizes that will be launched over the course of the year that will fill various mechanical envelopes and a variety of applications. Some of those applications include piezo and galvanometer motors, micro positioning for goniometers, spindles, and other metrology.

The currently released design types include a scanning unit and two types of scales. The scanning heads come with a 1 Volt peak-to-peak analog interface, with TTL digital version planned this year with up to TTL x 2000 interpolation as a possibility. Position noise is measured to +/- 0.04” (arc seconds).

The two types of scales contain a 20-micron graduation with a full circle and segment of a circle. For the circular scales, a disk with 2,500 lines per revolution with an outside diameter of 19mm version is now released. Other versions to be released this year include the smallest being 13mm outer diameter with 1,600 lines, and the largest version will have a 151mm outer diameter with 23,000 lines per revolution, and various sizes in between. For the segment shaped scale, it has the same graduation of 20 micron, but is lighter in weight as portions of the glass disk have been removed to shape the scale into its rectangular form.

The smaller diameter disks are mounted with a pin, and epoxy is recommended to solidify the mounting. The larger versions will have a mechanical hub included where the glass scale is mounted very accurately to the hub for best accuracy possible. The mechanical speed limit for the disks is up to 14,000 RPM. All disks will have a reference mark and the graduation is SUPRADUR, which is a graduation that is highly resistant to scratches, dust, fingerprints, oil droplets, and other forms of contamination.