The MR-J4 maximizes machine throughput and performance for end-users and machine builders while reducing settling times to less than two milliseconds.

Designed to deliver improved operator safety, the MR-J4 features a modular architecture that comes with a standard redundant two-channel STO input (Safe Torque Off) and an optional module to offer Safe Stop (SS1) input in line with EN61800-5-2. Meanwhile, the system configuration of the MR-J4 supports PLd (EN13849-1) and SIL2 (EN62061). 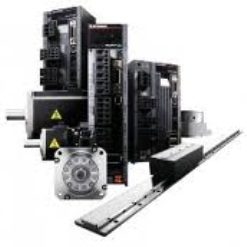 For advanced systems requiring the highest level of safety support for SOS, SS2, SBC, SLS and SSM, the MR-J4 utilizes motion controllers and amplifiers equipped with safety modules. This allows users to cut down on costs by “tuning” the configuration of their system to satisfy the safety requirements of the target applications.

Aside from the MR-J4B (SSCNET III/H motion network) and MR-J4A (analog/pulse train) models, the MR-J4 series also comes with two additional variants for three- and two-axis operation amplifiers. This approach does not only provide for a more efficient and compact solution, but also allows machine manufacturers to save money in terms of energy costs while reducing CO2 emissions.

Additionally, the MR-J4 servo family features a bus speed that is three times faster through SSCNET III/H (Serial Network from Servo to Motion). When using the three axis model, the servos require less wiring and connections as well as reduced energy consumption due to the increase in regenerated, reusable energy.