Mitsubishi Electric Automation Inc. (www.meau.com) made a headline when it unveiled its SD series robots with five degrees to six degrees of freedom. A handy group of machines, the RV-2A and RV-2AJ have been especially designed to help in moving as well as in placing components during production. Featuring various uses, the SD series robots now have an added facility. They have been upgraded to feature an Ethernet/IP protocol option.

The decision to include an Ethernet/IP protocol came after Mitsubishi wanted to offer an industrial communication system with real time capabilities. The SD series robots feature a protocol used in ControlNet and DeviceNet. Its Common Industrial Protocol or CIP comes with a plug-and-play interoperability among various vendors. The new Ethernet option utilizes a single cable to connect the Programmable Logic Controller (PLC) with the Robotic controller.

With their multitasking operating system boosted by Compliance control function and CIP, the robots have delivered exceptional performance in the industry. Aside from reducing setup time, the new Ethernet/IP option has also reduced hardware costs and saved a lot of idle time during further routing and wiring of the parallel input as well as the output terminals one at a time, resulting to increased productivity of the plant. 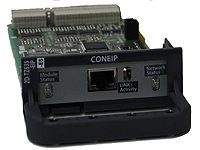 The Robots are generally utilized in quality control and analysis department. With the new Ethernet/IP connectivity, company’s using the SD series robots expects to seen an increase in their application.