Dunkermotoren, GmbH, a unit of AMETEK Advanced Motion Solutions, has launched the BG 65/BG 66 dMove servomotors as successors to its BG 65(S) servomotor with completely integrated motor electronics. The BG 65/ BG 66 series has the same outward appearance as the BG 65 series with simple electronic controls. Those motors formerly designated “SI” motors are now called “dMove” and are mechanically interchangeable with previous versions. Inside, the motors have completely new control electronics.

Already in I/O version, the electronic controls allow the assignment of functions to the digital inputs from simple speed control via analog inputs to fixed speeds via digital inputs or combinations of current and speed control. Digital outputs also can be assigned to functions. Along with the electronics upgrade, optimized motor performance achieves higher output power. Taken together, these new features provide enhanced performance in a highly cost-effective package. 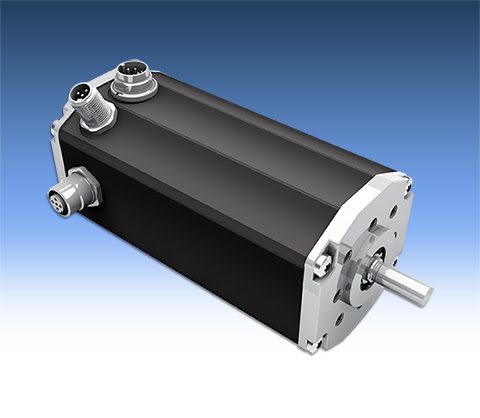 Compared with prior “SI” motors, the new motor series makes it possible to integrate dMove motor versions as slaves in CANopen networks and to control them via profile CiA 402 or even simpler programming via Dunkermotoren quick start commands.

All operating functions, including positioning, speed and current, are available. Dunkermotoren offers versions of the new motors that are controlled via RS485 interfaces, and with newly developed Drive Assistant 5 software that allows the motors to be set up intuitively.

The dMove Series is suitable for a wide variety of applications that don’t require a high-resolution encoder. However, for applications with higher resolution requirements, BG 65(S) PI, MI and CI Series motors are still available.