The company’s all-new electrically insulated bearings come in three different variants — the SQ77, the SQ77E and the SQ77B series.

In addition, the ceramic insulation of the SQ77E and SQ77 series is applied via plasma-spraying. It also features a minimum guaranteed dielectric strength of 1000 V DC or AC. 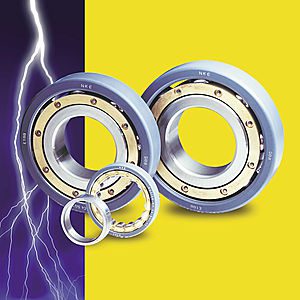 Unlike conventional bearings available in the market, the electrically insulated bearings from NKE are more reliable in operation particularly in electrical machinery. This is primarily attributed to the bearings increased protection from electrical corrosion. Aside from being reliable, the bearings are also more cost-effective than a housing or shaft insulation.

The electrically insulated rolling bearings feature similar technical properties and key dimensions as conventional bearings. Thus, they can be interchanged.