Continue to Site
You are here: Home / Industry News / PCI/104-Express Boards available for CAN and LIN interfaces

The new PCI/104-Express boards were specifically designed for compact industrial computers as well as mobile systems. Similar to the other boards, the new variants also feature a highly modular architectural concept. 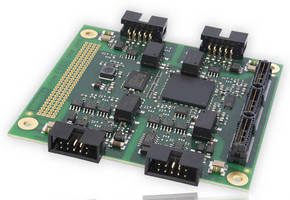 Aside from the passive version, the company also offers an active version that features a 32 bit microcontroller and is ideally suited for applications with high demands for data preprocessing.

By default, all interfaces are galvanic isolated. Additionally, the boards also feature an extended temperature ranging from -40° C to +85° C, to meet the requirements needed in mobile and industrial applications.

The VCI, or the Virtual CAN Interface, includes a Windows driver package essential in connecting the boards with the application running on the PC. All CAN interface boards are supported by the VCI driver which enables the user to switch between the various boards. Moreover, drivers for real-time Windows extension Linux, InTime and RTX are also available.

Higher layer protocols for the boards to be integrated into networks can be performed through the use of SAE J1939 API or further protocol software packages, a CANopen Master API offered by IXXAT.

The versatile and flexible PCI Express board series can be used both in automotive as well as industrial applications.