Renishaw (www.renishaw.com) has proudly announced that its Resolute absolute optical encoder can now be used in linear formats with Mitsubishi serial communication protocol. This enables the optical encoder to be utilized with Mitsubishi’s MELSERVO-J4 line of servo amplifiers, which are commonly used in various industries such as flat panel display (FPD) manufacturing, electronics assembly, factory automation as well as general motion control applications. 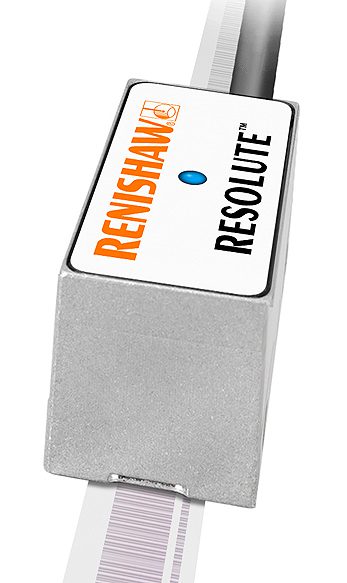 As a true absolute encoder, the Resolute delivers instant commutation for linear motors, eliminating the need for reference returns, in order to allow machines to be quickly re-started in a controlled and secured manner.

The absolute encoder also allows axes to be run harder and longer to maximize yield. Specifically designed with sub-micron accuracy, the Resolute linear encoders also feature high speeds of up to 100 m/s and a super-fine resolution of one nm.

Aside from providing high accuracy and speed, the Renishaw encoders also excel in dynamic performance.