In an effort to close the gap to high-end features in eight-bit and 16-bit applications, STMicroelectronics (www.st.com) has started production of its 32-bit STM32 F0 microcontroller series.

Launched in February 2012, the series features a dedicated Discovery Kit while optimizing the extensive STM32 development ecosystem, allowing engineers to use the microcontrollers, which features ARM Cortex-M0 processor, in various cost-sensitive industrial and consumer products.

The STM32F0 Discovery Kit is fitted with a prototype microcontroller board that features pushbuttons as well as indicator LEDs, which is supported by sample firmware and demonstration code and plugs directly into the USB port of the PC. 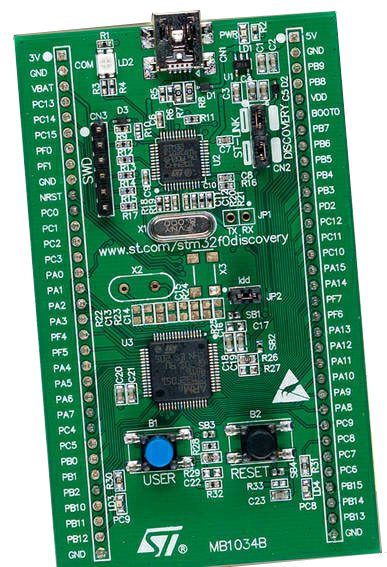 In addition, all STM32 Cortex-M0, Cortex M3 and Cortex-M4 series now offers pin compatibility, together with software, development-tools and peripherals compatibility in over 300 device variants, resulting to enhanced scalability and flexibility, while helping to reduce development costs as well as time to market for new products.

Other features of the device include touch-sensing control, two tightly coupled programmable analog comparators and a 12-bit Digital/Analog Converter (DAC).