Continue to Site
You are here: Home / Encoders / Explosion-proof encoder is most compact, for oil and gas 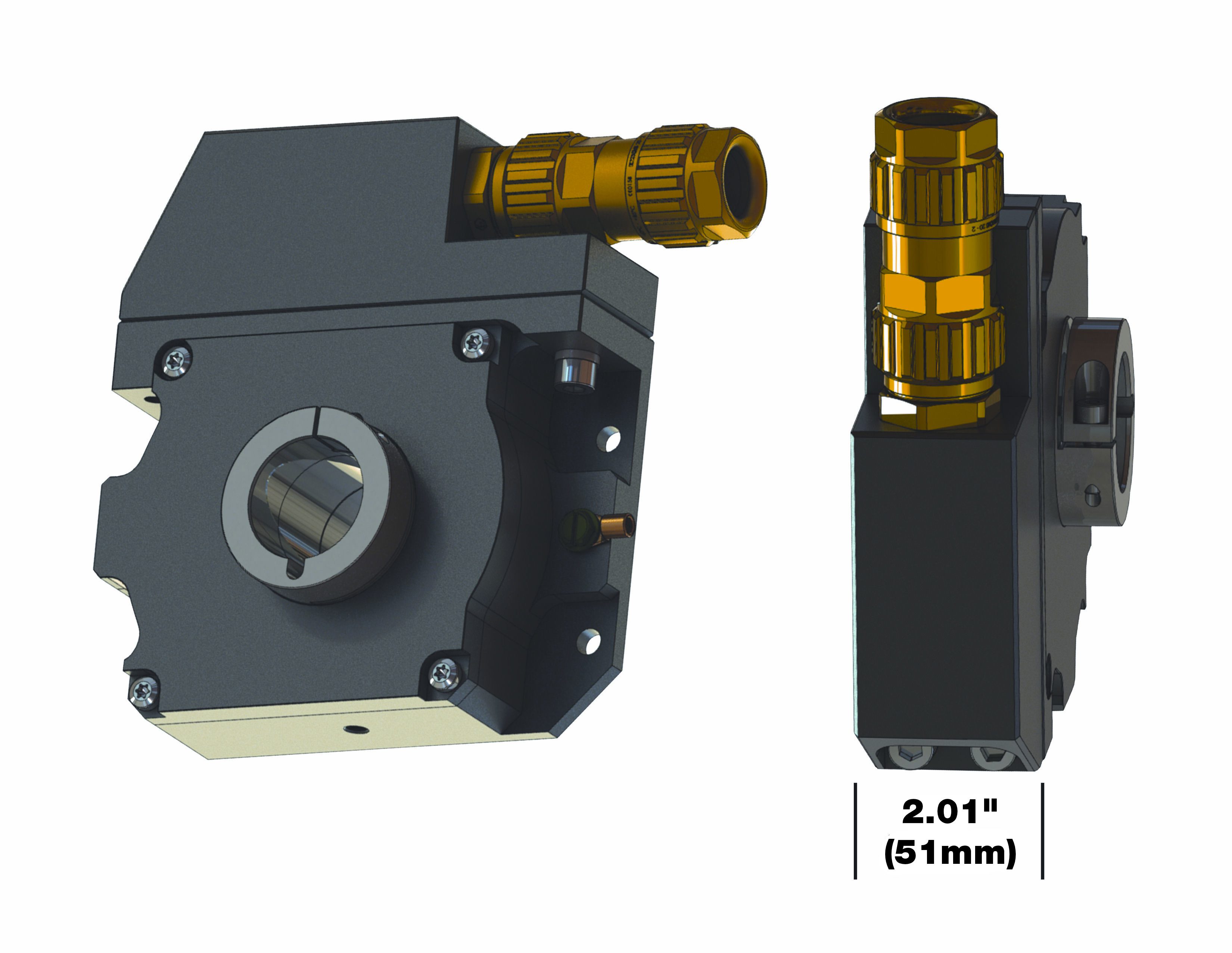 A new flameproof and explosion-proof encoder that meets UL, ATEX, and IECEx standards — Model LP35 from BEI Sensors — is the first hollow-shaft encoder with a 2.01-in. profile that operates directly in Division 1, Zone 1 environments.

It’s for oil and gas machinery that must withstand extreme conditions where ignitable concentrations of flammable substances can exist under normal conditions.

“In an industry where fluctuations in supply and demand can drastically effect drilling operations, the need to design more streamlined feedback systems is greater than ever,” said Scott Orlosky of BEI. To simplify installation and minimize time spent in the field, the encoder has standard removable terminal box so there’s no need for an additional safety barrier.

How the encoder works in top drives

The explosion-proof LP35 is even suitable for top drives … which are as big as pickup trucks but with surprisingly little space for encoders. As the motive force behind the drill string, top drives are subject to shock and vibration when the drill bit cuts into rock strata during drilling. The LP35 withstands up to 250 g, making it tough enough to reliably operate for long periods. The encoders even work reliably when installed behind drive motors in close proximity to the motor brake, which generate substantial heat during operation. The LP35 maintains high performance in temperatures to +85°C (185°F).

Other items from BEI Sensors