The new brushless motors are offered in two lengths of 68 or 42 mm and in 24 or 12 V windings. To demonstrate its excellent linearity with an outstanding torque-to-volume ratio, the BX4 delivers a continuous output torque of 97 or 56 mNm.

The BX4’s SCDC variant features an integrated reverse polarity protection and a two-terminal power supply connection at the back of its motor, which enables it to conveniently replace brushed type motors in applications requiring greater longetivity.

Meanwhile, its CS variant offers compact dimension ideal for space constrained applications. It has a RS232 serial interface that can be configured with FAULHABER’s Motion Manager software. Its higher thermal limits and increased temperature range from -20 to +100 °C allows for a continuous maximum current of 2.6A and effectively increasing BX4’s versatility. 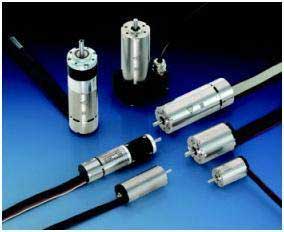 The motor versions with built-in encoder are fitted in robust housing and are offered in four factory programmable resolutions with pulses ranging between 32 and 256, including an index channel. A line driver version featuring a differential signal output is also offered upon request.