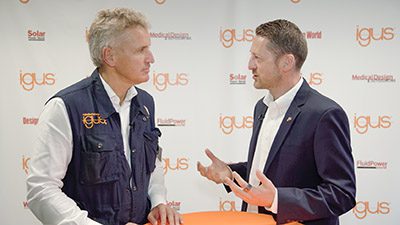 On a recent press tour of igus’ Cologne, Germany headquarters, I had the pleasure of chatting with Frank Blase, the company’s CEO—and one of the most approachable and down-to-earth manufacturing leaders you are apt to find.

Blase shared some of what has helped him grow his father’s small German company—over several decades—into the global manufacturer with hundreds of millions of dollars in sales that it is today. Here are four important takeaways: