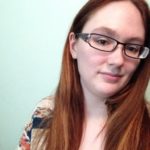 Conveyor belts have existed since the late 18th century and have carried nearly every product in the world. The first iterations used leather belts running on wooden rollers to move goods onto ships in port. Nearly all modern iterations use motors instead of hand cranks and steel belts rather than leather … though the basic design concept remains the same.

Smart conveyors and facilities help companies reduce their energy use — saving money and minimizing their carbon footprint. Here, smart conveyors use sensors to analyze current load and reduce power consumption if full power is unnecessary — or even automatically shut off when not in use rather than idling and drawing power when idle. The amount of power that a conveyor belt draws is directly related to the distance it needs to travel, how far it is lifting products, and how much weight it is transporting. Instead of relying on engineers or mathematicians to make those calculations, smart conveyors adjust their power consumption automatically. Reducing the need for human interference also makes energy management a quicker and more streamlined process.

Between 2008 and 2012, 35% of work-related injuries were because of conveyor belts — costing companies more than $218 million in workers compensation claims. Anything from hair to loose clothing can get caught in the machinery, causing injury or even death. While training employees can help to prevent some of these injuries, if just one person lets their guard down during a shift, it can end in disaster.

Smart conveyors use sensors to detect when a worker is too close to an active belt or something is caught in the machinery. These then connect back to controls that slow down the equipment until the problem is resolved. Reaction times of such smart conveyor functions are significantly faster than that of human workers, which minimizes the potential for worker injury.

Some operations only begrudgingly take systems offline to allow for conveyor maintenance, because downtime is costly. But whether a conveying surface is mistracking or slipping or the entire system has started to fail, unplanned equipment failures cost more than planned maintenance.

Smart conveyors with IoT functionality have tools to supersede preventative maintenance with predictive maintenance. Maintenance personnel no longer need to take conveying surfaces offline to inspect them. Instead, sensor arrays monitor online equipment. With enough information, smart conveyors can begin predicting when and where equipment might fail … allowing plant operations to get ahead of problems before them take systems offline.

Conveyor belts have always increased productivity. Now smart conveyors are taking those gains to new levels in automated facilities. Direct-drive smart motors are key here — on some conveying systems, sporting customizable controls that leverage IoT sensor feedback from the conveying surface … and adjusting speed and force as needed to accommodate products being moved. If the conveying surface must slow or stop (so the product can pass in front of an inspection camera or be picked up by a robotic arm, for example) it can do so automatically with no possibility of human error.

Automation in myriad industries over the last two decades has come with the proliferation of smart conveyors. Though neither fully replace human labor, they will continue to overtake many manual tasks in manufacturing, logistics, and pharmaceutical manufacture. Smart conveyors in these automated settings minimize quality-control problems for maximally consistent product.