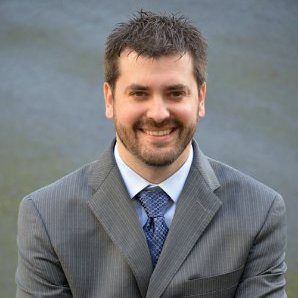 Encoder applications are all around us, from BattleBots to the Mars Rover, large construction vehicles to semiconductor manufacturing equipment, and in numerous medical and military applications.

In short, wherever there is motion, an encoder is sure to be found. They might not have the same glamor as some of the products into which they go, but they’re critical in today’s complex and sophisticated motion control systems.

Rotary encoders are vital components in the motion-control feedback loop of industrial, robotic, aerospace, energy, and automation applications. They must operate in severe conditions with exposure to dust, dirt, and grease, fluctuating temperatures, and heavy vibration.

Plus the need for rotary encoders is expanding due to the increased use of brushless DC (BLDC) motors, bringing benefits in control, precision, and efficiency. The encoder’s task is simple: to indicate the position of the motor shaft to the system controller. With this data, the controller can accurately commutate the motor windings and determine speed, direction, and acceleration — parameters that a motion-control loop must maintain for target motor performance. In rotary encoder applications, there is a demand for long-term reliability, durability, and optimized performance, all of which has meant that an intelligent rotary encoder is becoming increasingly important in most applications that require precise motion control.

The advent of new approaches employing intelligent functionality brings new capabilities and opportunities that are changing the landscape of the humble encoder.

Although essential, rotary encoders are often considered dumb devices that simply provide pulse signals to a higher-level controller. Traditionally reluctant at embracing change, encoder users can now place more trust in technologies such as the capacitive encoder with its fully tested principles, and feel confident in the proven success of its several years in the field.

With the addition of a microcontroller and custom ASICs in the design, a considerable degree of versatility has been added, providing the ability to quickly configure the encoder’s resolution, zero position, and pole count. This digital approach to motion sensing enables benefits and a new level of intelligence for designers using rotary commutation encoders.

Encoder technologies:
Three kinds and where they do and don’t excel

Optical setups use a slotted disk with a LED on one side and phototransistors on the other. The disk rotates and interrupts the light path … so resultant pulses indicate shaft direction and rotation. Although low-cost, optical-encoder reliability worsens with contaminants such as dirt, dust, and oil … and the LEDs have a limited lifetime.

Magnetic encoder construction is much like that of optical encoders but uses a magnetic field rather than a light beam. Instead of a slotted optical wheel, it has a magnetized disk that spins over a magneto-resistive sensor array. Wheel rotation prompts a response in these sensors, which goes to a signal-conditioning front-end circuit to determine shaft position. While they offer high durability, magnetic encoders are not as accurate and are susceptible to magnetic interference originating from electric motors and drives.

Capacitive encoders offer all the benefits of optical and magnetic encoder designs, minus the weaknesses. They are much more rugged and quite insensitive to environmental particulates and magnetic interference. A capacitive encoder has two line patterns with one set on a fixed element and the other set on a moving element. Together these forming a variable capacitor configured as a transmitter-receiver pairing. The encoder rotates to trigger an integral ASIC to count line changes and interpolates to track shaft direction with standard quadrature outputs — as well as commutation outputs that other encoders provide to control brushless DC (BLDC) motors.

Capacitive encoders deliver rugged performance. Plus (unlike optical and magnetic encoders) their digital output takes design into the 21st century — useful for making product development, installation, and even maintenance easier.

One advantage is the encoder’s ability to adjust resolution (count of pulses per revolution) without requiring a switch to a higher or lower-resolution encoder disk. That boosts flexibility during development, when control-loop optimization takes place.

The digital technology also enables simple ‘One Touch’ zeroing for quick and easy installation and alignment of commutation signals with BLDC motor windings. Here, the user locks the shaft to target position by energizing the proper motor phases and commands the encoder to zero at this position. It takes no special tools, and total time to carry out this function is a couple minutes. In contrast, zeroing an optical or magnetic encoder (for mechanically aligning commutation signals to motor windings) is a complex and frustrating process that can take 20 minutes.

The intelligence built into CUI’s AMT series, along with the accompanying AMT Viewpoint GUI, also provides on-board diagnostics for quicker field-failure analysis, the ability to run preventative measures like an ‘encoder good’ test sequence, and improved time to market.

Such diagnostic data helps the developer during design by working to eliminate the encoder from the suspect list during debugging.
Also, diagnostics help in the field by giving end users insight into encoder health before failures …

… and help separate encoder behavior from analysis of motor operation for maintenance objectives — which might track issues such as misalignment or bearing wear. Built-in diagnostics let systems verify that encoders are operating before engaging motors in critical motion-control applications, to avoid possible damage.

Smart functions and IoT connectivity for all encoder types

The benefits of the AMT encoder series based on capacitive technology offer much more than just improved performance and reliability. They deliver intelligent functionality together with a whole host of programmable set-up and installation features. Digital technology is the next step in leveraging the power of an intelligent interface for benefits unavailable with traditional encoder technologies.