HEIDENHAIN has updated its angle kit encoder line by modifying the ECA 4000 angle ring encoder series for use in safety-related applications. Of notable use in machine tools where dangerous conditions exist, this new ECA 4410 encoder is also useful in many automation applications such as in robotic arms.

In addition, the ECA 4410 scanning heads were also modified for functional safety with changes to the holes for mounting. The threads for mounting the scanning unit from the back face were expanded and placed a little lower to permit the use of longer screws. Mechanical fault exclusion is ensured if the specified tightening torque and the minimum screw length are complied with.

The new ECA 4410 drums are mechanically compatible with the normal ECA 4000 line as well as the ERA 4000 line of angle encoder feedback devices.

For more information on this series and its relation to functional safety, a brochure is available at www.heidenhain.com. 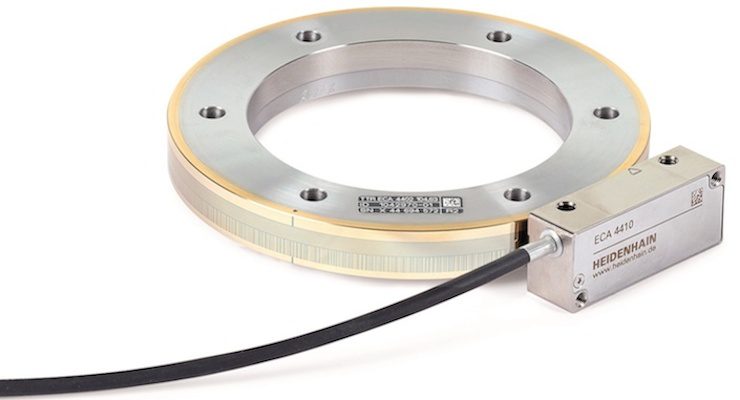