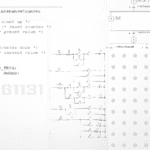 10 years ago, there was one main controller brand in U.S. automation — Rockwell Automation’s Allen Bradley. This is still a leading PLC line with a massive adoption rate in the U.S. because:

• Allen Bradley did an excellent job educating people in the U.S. on ladder-diagram programming for its PLCs

• The manufacturer embedded itself in universities and colleges with great outreach — so anyone who got their engineering degree or went through technical training through the 1980s knows how to work with ladder diagrams. It’s the programming with which many are quite comfortable, because it’s what they’ve been using their entire career.

All this said, new PLCs and European-style controls have come into the U.S. automation market — many using programming adherent to the IEC 61131-3 standard that now has a foothold in the marketplace.

IEC 61131-3 doesn’t lock design engineers into one language for one controller, and a slew of manufacturers — including Parker Hannifin, Beckhoff, Omron, B&R Automation, and others — use this one IEC 61131-3 foundational standard. It’s something that lets engineers and OEMs more easily migrate from one controller brand to the other.

No wonder market share has changed so much over the last decade.

Of course, Allen Bradley adherents are still out there — holding to the brand with which they’re most comfortable for new projects. Another force is at work here too … because after all, it’s not just design parameters that lead engineers in their choices. In many cases, an OEM’s CEO, C-Suite leadership, or even engineering management will hold their company to this tried-and-true choice.

But many young and creative engineers are graduating today with interest in different types of programming languages — and exploring new hardware options. When management restricts their choice to one particular controller, it limits their ability to be impactful. What’s worse, such directives aren’t always handed down to leverage technological advantages … they’re usually based on special pricing for technical support, licensing, and software. Because these non-engineering factors drive purchasing decisions at companies of all sizes, many engineers simply must use Allen Bradley.

IEC 61131-3 standard = Main driver of controller diversification in the U.S.

The IEC standard arose to address the problem of legacy PLCs and motion controllers that all had proprietary languages — which forced engineers moving between companies to (if the OEM wasn’t on Allen Bradley) learn entirely new languages from scratch. For OEMs, that meant hiring an engineer might come with a lag of three to six months of zero productivity — during which that new hire learned the house choice for controller and programming.

Of course, proprietary differences (usually for the controller configuration and interfaces) abound. But IEC 61131-3 lets manufacturers break free from specifying particular controller brands and instead specify to a language set and standard. It also lets employees and integrators across the vertical industry move between products and companies (no matter which manufacturer’s offerings) with immediate understanding of the programming and controller.

Why the recent uptick in motion-control standardization?

Manufacturers of industrial motion components don’t spontaneously come together and agree to go on one common programming standard. After all, standardization can threaten manufacturers’ ability to differentiate themselves to design engineers with added value — and can even commoditize certain hardware. Pressure from Silicon Valley — as increased expectation of open-source offerings as well as the hiring away of engineers who otherwise may have worked for industrial companies — means the latter have had to demand and embrace more standardization.

Standardization ensures that engineering talent can work in various roles and leverage transferrable programming skillsets. Standardization also makes motion, feedback, control, drive, and connectivity components work well together. There’s more ability to share code and pass on knowledge than ever — which has made the motion-control and industrial-automation industries more efficient.

Consider IEC 61131-3-compatible Open Source Community for Automation Technology (OSCAT) function blocks: They’re free, readily available online, open source, and work with most manufacturer offerings employing CODESYS for their base engine, which is fairly common in industry. Such software offerings and ecosystems give programming engineers access to robust help through forums. Many such communities have been born out of necessity and the cultural influence from Silicon Valley.

Insight from this FAQ derives from a recent chat with Marissa Tucker, product manager of controls and automation at Parker Hannifin about specifying controls based on standards rather than brands. For more information from Parker on PACs as well as free simulation software for trying out IEC 61131-3, visit parker.com/emn/pac.