Continue to Site
You are here: Home / FAQs + basics / What is pitch line velocity and why is it important?

In gearbox sizing, it’s important to determine the required input speed in rpm and ensure that it doesn’t exceed the gearbox’s maximum speed capability. But the linear velocity of the gear teeth, known as pitch line velocity, also plays a significant role in gearbox performance. 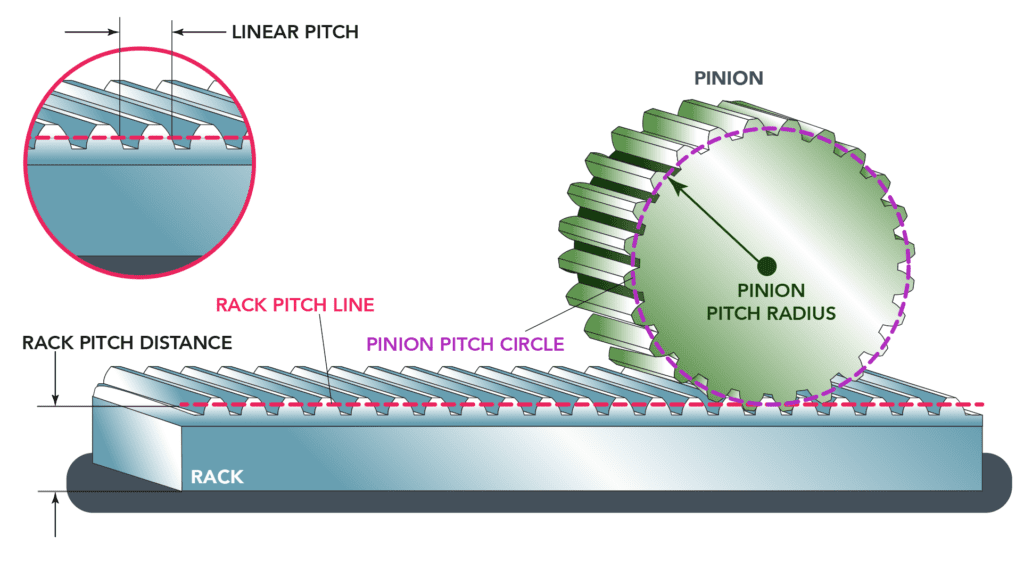 Pitch line velocity is a function of the gear’s pitch diameter and its rotational speed:

In addition to lubrication considerations, pitch line velocity also affects the load capacity and service life of gear teeth. The ability of gears to transmit the required torque for the desired operating life depends on the ability of the gear teeth to withstand bending stress. Tooth bending stress is determined according to the Lewis formula: 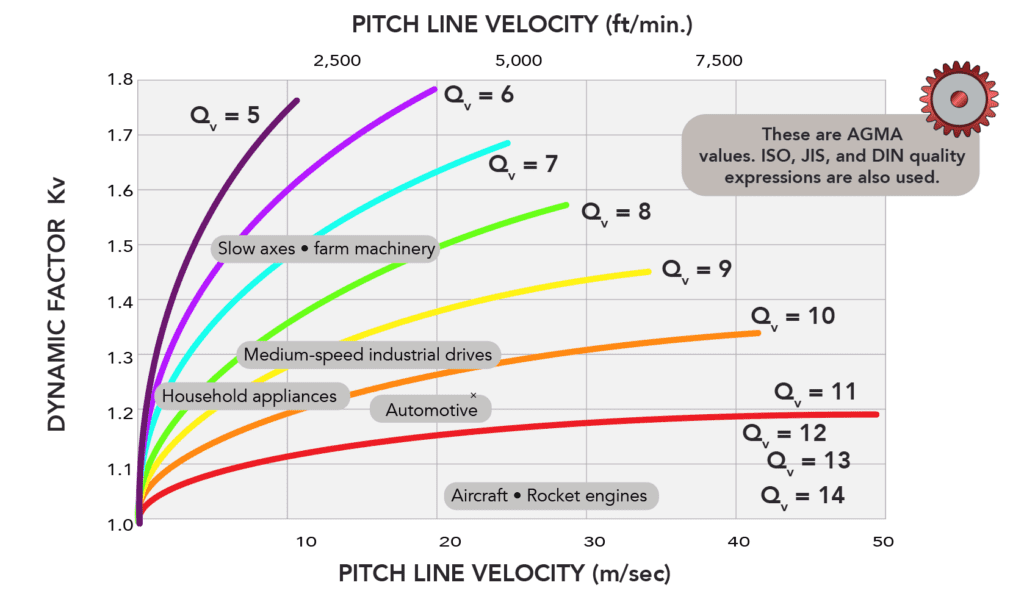 This velocity factor Kv is used to modify the Lewis equation:

Thus, the higher the pitch line velocity, the greater the bending stress on the gear teeth.

Note: The AGMA has developed an equation for bending stress that replaces the Lewis Form Factor with a geometry factor, J, and includes factors for other conditions that affect gear service life, such as overload, load distribution, and mounting.