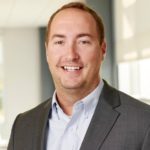 System performance hangs heavy on the minds of every machine builder when commissioning new projects — particularly when it comes to the control platform. That’s with good reason, as the controller is arguably the most important facet of a machine … and often the first place people look when fighting bottlenecks and performance issues.

Conventional PLCs have traditionally been the go-to option for engineers, as these devices provide hardened real-time control. But they also come with fairly steep replacement costs, as PLCs often implement proprietary operating systems and software; some also limit flexibility or scalability from platform to platform. So some engineers have begun applying other options for real-time performance in machine control systems. One option is PC-based control — increasingly common thanks in part to its expansive feature set and cost effectiveness.

Two major benefits of modern PC-based systems are multi-core processor architecture and the core isolation that PC-based automation software enables. The latter lets designers assign specific control tasks to each core within the CPU as a way to optimize system processing capabilities while minimizing the times the system runs at maximum capacity. This in turn extends controller life and boosts efficiency, as the processor runs cooler (thanks to a lower CPU burden). What’s more, PC-based control systems leverage the newest and fastest processors. Case in point: Some advanced PC-based controllers incorporate reliable Intel processors; other entry-level controllers integrate ARM-based processors. That ensures consistent industry-leading performance but at the lowest possible cost for the hardware, software, networking, and total cost of ownership.

Other benefits of PC-based control are inherent scalability and flexible migration paths. Should an operation outgrow the performance level or scale of its current control system, migration to a larger system is simple. That’s especially true for PC-based controllers using a Windows OS and automation software to establish real-time control. This lets the PC operate deterministically and in real-time.

Plus processor end-of-life doesn’t make system architecture or software obsolete. By incorporating more functionality into software and running that on a standard Industrial PCs, users can simply replace aging equipment with a new IPC without changing to the balance of the control system — especially the software.

In short, PC-based control systems deliver real-time performance to supplant traditional PLCs. They also enable advanced features and streamline optimization and scalability. One might even reverse the usual question for companies seeking a control solution and ask: Can real-time operating systems on PLC-based controllers deliver the necessary performance to keep your operation competitive? For some, the answer is no.