The Reshoring Initiative, in conjunction with the Precision Metalforming Association (PMA), invites companies that have successfully reshored parts or tooling made primarily by metal forming, fabricating or machining to apply for the first National Reshoring Award. There will be one award for buyers and one award for suppliers.

“In 2016 about 27,000 more manufacturing jobs were brought back to the U.S. than were offshored,” said Harry Moser, founder and president of The Reshoring Initiative. “We anticipate that this award will motivate more companies to reevaluate their offshoring and see that it is often more profitable to produce or source domestically. We also hope that other associations will choose to support similar awards to show that their industries are now successfully reshoring.”

Direct questions about the first National Reshoring Award to Harry Moser at (847) 726-2975 or harry.moser@reshorenow.org. The awards will be presented in Milwaukee, WI, on September 28, 2017, at Sourcing Solutions , a popular procurement program hosted by PMA. The event is designed to enable buyers and suppliers of metal stampings, tooling and dies, assemblies and other fabricated metal parts to have numerous in-person meetings all in one day, in one location. 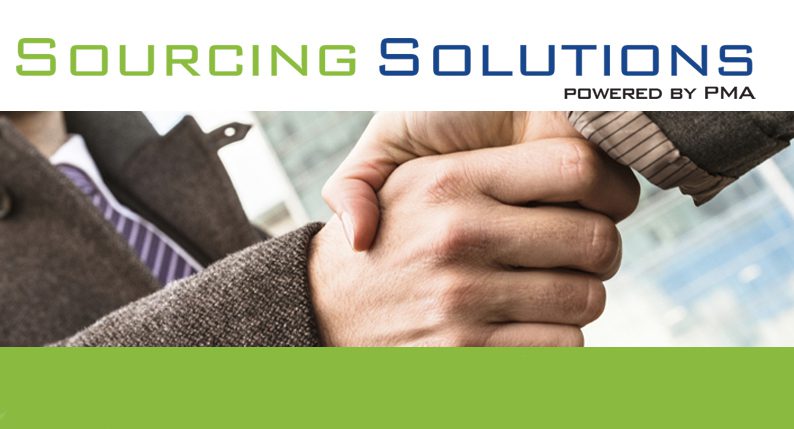 The Reshoring Initiative, founded in early 2010, takes action by helping manufacturers realize that local production, in some cases, reduces their total cost of ownership of purchased parts and tooling. The Initiative also trains suppliers how to effectively meet the needs of their local customers, giving the suppliers the tools to sell against lower priced offshore competitors. PMA is the full-service trade association representing the $137-billion metalforming industry of North America—the industry that creates precision metal products using stamping, fabricating, spinning, slide forming and roll forming technologies, and other value-added processes. Its nearly 900 member companies also include suppliers of equipment, materials and services to the industry.