HEIDENHAIN has introduced smarter and faster versions of the RCN absolute angle encoders series for use in machine tools requiring high speed, accuracy and contamination resistance. The new models RCN 2001, 5001 and 8001 are especially useful with fast rotating axes and direct-drive motors because the permissible speeds are up to three times higher than older established RCN encoders.

When paired with an EIB 5211 sensor box, these new RCN encoders will transfer the temperature of the encoder and a direct-drive motor to the control in use. This gives users the ability to push the system to its thermal load limits which in turn increases production and cost efficiency. 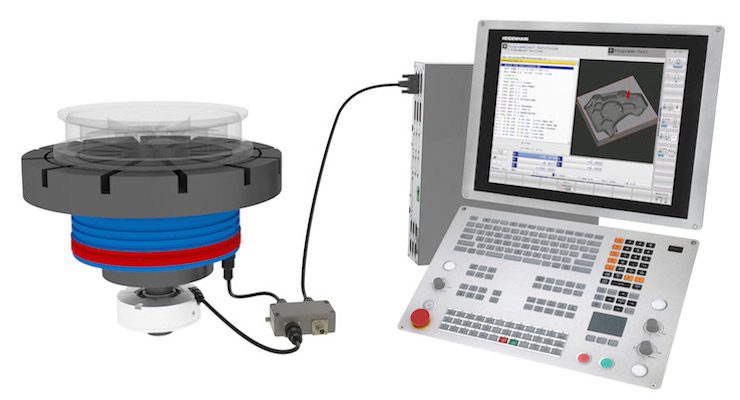 The scanning performance of the new RCN has also been optimized so that any liquid contamination or condensation that enters the encoder will not affect the operation of this encoder, leading to less machine downtime due to encoder failures.

These recent improvements made to the new RCN encoders make them suitable for aerospace, medical and turning applications, all of which require highly accurate positioning and high speeds.