Continue to Site
You are here: Home / Industry News / The Automate show moves to Detroit in 2021

Automate, North America’s largest showcase devoted to automation industry trends, leading-edge technology and business innovation, is moving to Detroit. The biennial Automate Show and Conference, colocated with Promat in Chicago since 2011, has grown to more than 500 exhibitors, over 20,000 attendees and 1,000 paid conference registrants. The move for the next event, which will take place May 17-20, 2021 at Cobo Center, was announced last night at the Automate 2019 “Moving to Motown” networking party in Chicago. 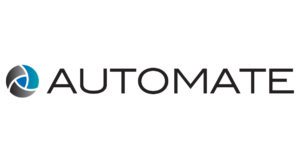 “To continue our rapid growth, and better meet the needs of our exhibitors who look to Automate to reach new potential customers, we’ve decided that now is the right time to move Automate to its own location – and Detroit is an ideal fit,” said Jeff Burnstein, president of the Association for Advancing Automation (A3), the show’s organizer. “Detroit is turning into the next major technology hub in the United States. This is an exciting change for us and our exhibitors, allowing Automate to expand in size and technology scope as the automation industry continues its steady growth.”

Named one of Lonely Planet’s top cities to visit in 2018, Detroit is transforming. Over the last few years, studies from the Brookings Institution have rated Detroit No. 4 on a list of the country’s hubs for advanced technology employment, with nearly 15 percent of the workforce in the Detroit-Warren-Dearborn area working in areas such as research and development and engineering. Though known as a traditional automotive hub, the region is growing in other industries such as aerospace, logistics and advanced mobility.

“We’re very excited that Automate will be moving to Detroit in 2021,” said Mike Cicco, president and CEO of FANUC America, a leading supplier of robotics and automation based in Rochester Hills, Mich. “It’s evident that Michigan is quickly regaining its strength as a manufacturing and technology powerhouse, and we’re proud that our headquarters has been in the Detroit Metro area since 1982.”

“Detroit is so pleased to be welcoming Automate to our destination next year because it makes sense for a region whose future success, particularly in the automotive sector, is dependent on new technology improvements and automation for the making and delivering of products and services,” said Larry Alexander, president and CEO of the Detroit Metro Convention & Visitors Bureau. “Our hospitality community will roll out the welcome mat in our vibrant city for the nearly 20,000+ attendees of Automate.”

Companies at Automate 2019 this week in Chicago can reserve space now by visiting the A3 sales office (booth #9667), or by contacting Jim Hamilton (734) 994-6088 for exhibiting information.

The Association for Advancing Automation is the global advocate for the benefits of automating. A3 promotes automation technologies and ideas that transform the way business is done. A3 is the umbrella group for Robotic Industries Association (RIA), AIA – Advancing Vision + Imaging, Motion Control & Motor Association (MCMA) and A3 Mexico. RIA, AIA, MCMA and A3 Mexico combined represent over 1,200 automation manufacturers, component suppliers, system integrators, end users, research groups and consulting firms from throughout the world that drive automation forward. For more information, visit A3, RIA, AIA, MCMA, and A3 Mexico.