Continue to Site
You are here: Home / Drives + Supplies / VFDs with integrated PLCs for motion and machine controls: Programming and setup considerations

Today’s ac drives can be controlled by either an external or internal PLC. Those with built-in controls move machine intelligence to the edge. 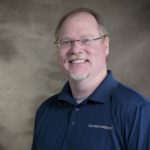 Though ac drives can operate as standalone devices, they often integrate into automation systems to control speed of three-phase ac motors that commonly run conveyors, fans, and pumps. For such speed control, ac drives most often pair with PLCs. But ac drives are becoming more intelligent … and some now include built-in PLCs to work as smart drives. These smart ac drives are compact; add intelligence at the edge of machinery; include inverters capable of more than just typical speed control; and accept the setting of myriad parameters.

In this feature, we’ll detail how to integrate smart ac drives and the applications for which they make the most sense.

Review of how ac drives work

An ac drive is often called a variable frequency drive (VFD), adjustable frequency drive (AFD), or frequency inverter. We use the term VFD for its main function of varying the speed of a three-phase ac induction motor. VFDs also provide motor overload protection, non-emergency starting and stopping, and control of acceleration and deceleration.

VFD benefits significantly boost the efficiency of many applications. In addition, they gradually accelerate the motor — which in turn reduces inrush current during motor startup. This minimizes both electrical and mechanical stress on the system.

VFDs operate by rectifying incoming ac power to dc and then inverting it back into three-phase ac output power. The voltage and frequency of this inverted output is controlled by the drive to vary the speed of a three-phase ac induction motor.

Control modes include volts per Hz (V/f), V/f with encoder, open-loop vector, and closed-loop vector control. These methods all use a pulse-width modulation (PWM) voltage waveforms; they’re well-developed motor control methods needing some level of automation to control the drive.

A VFD is controlled by discrete inputs (two or three-wire control), analog inputs and/or digital communications. In its simplest form, a VFD can be manually controlled using the built-in digital keypad’s run/stop buttons. This keypad also allows setting of the drive speed and other parameters, as well as monitoring of drive status variables. Manual pushbuttons can also be wired to the drive in a two or three-wire configuration to control basic functions.

Both two or three-wire drive control methods can be via manual pushbuttons, PLC-activated relay outputs, or PLC discrete signal outputs. Some drives also have programmable functions such as jog, speed change, and acceleration and deceleration control.

Analog signals can also help control drives to deliver speed-control or tension-control functions. Signals take the form of analog 0 to 10 Vdc voltages, analog 0-to-20-mA or 4-to-20-mA current, or potentiometer signals. A two or three-wire discrete control method is still needed to start and stop the drive.

Digital communications between PLCs and VFDs

Serial or Ethernet communication from the PLC can issue speed references, run, direction and jog commands. It can also adjust motor parameters such as voltage and amps and run parameters associated with set acceleration and deceleration times, S curves, and skip frequencies. Other digital parameters include the issuing multi-function input commands and triggering functions just as a discrete input would. Target frequency and current (and many other analog and preset parameters) are also available for control and monitoring using digital communication. Where the PLC communicates with the drive to monitor status and fault codes, it might compare the frequency command to output frequency or the output current to rated current or motor rpm.

The monitoring of drive faults is also enhanced by digital communication. Instead of just a ‘fault present’ discrete signal, the system can register dozens of error codes — including overcurrent, overvoltage, overtemperature, overload, low voltage, and more.

Upfront programming of the drive’s monitoring and control functions (through discrete communication) makes for a more intelligent system. A serial or Ethernet link between the PLC and drive(s) is required; with Ethernet, a hub or a switch is also needed. The ability to configure, control, and monitor the drive from the PLC via digital communications helps futureproof automated systems.

As mentioned, PLC control of VFDs is well-developed with many configuration and monitoring options. But devices at the machine edges are becoming smarter … and VFDs with built-in PLCs are no exception. These VFDs provide all the precise variable speed-control functions of separate PLC-controlled drives, but in one compact package. Such Smart drives typically have a built-in operator interface panel and a SoftPLC. Via the interface panel, it is possible to control the VFD and view (and adjust) its parameters. A typical keypad toggles between parameter numbers to show position or value. Up and down buttons let operators change the parameter number or its value. Another button lets operators run and stop the drive and reset drive faults. A variety of plug-in option modules are typically available for additional I/O … and to add additional communication protocols.

In an array of applications, smart drives can often control entire machines or systems … helping negate the need to purchase, install, and integrate separate PLCs and operator interfaces.

Some vendors provide free PC-based programming software for the SoftPLC portion of the drive — to let design engineers create custom-tailored control schemes. These then download from the PC to the drive (often via a USB connection). Such software typically includes ladder diagram programming for the creation of function blocks to monitor inputs, operate the drive, and control outputs. Besides controlling the VFD housed in the same package, the soft PLC can also work to monitor additional components on the plant floor — including other VFDs.

Driving conveyor, mixer, and other applications

Common applications for smart drives include packaging machines, mixers, kneaders, and dosing pumps. Other applications include the control of fans, exhausts, centrifugal pumps, granulators, palletizers, stirrers, and conveyor belts. Many conveyor or gate applications need to monitor inputs from a few sensors to properly control a VFD as well as an output to trigger a solenoid. Here a carefully selected smart drive having a built-in PLC (meeting full-load amperage, overload, and temperature requirements) can monitor sensors; make programmed decisions; and control field devices.

Jeff Payne is a product manager for the Drives & Motors Group at AutomationDirect. Before joining the company 20 years ago, he managed, designed, programmed, installed, maintained, and repaired a wide variety of automated equipment. He’s worked in the field of industrial automation for nearly 28 years and earned a degree in Industrial Systems Technology and Industrial Automation from Lanier Technical College.