In a move that combines more than 100 years of conveyance expertise, Dorner Holding Co. (the parent company of Dorner Mfg. Corp.) FlexMove and Geppert-Band GmbH is merging the three entities into one consolidated brand of Dorner. 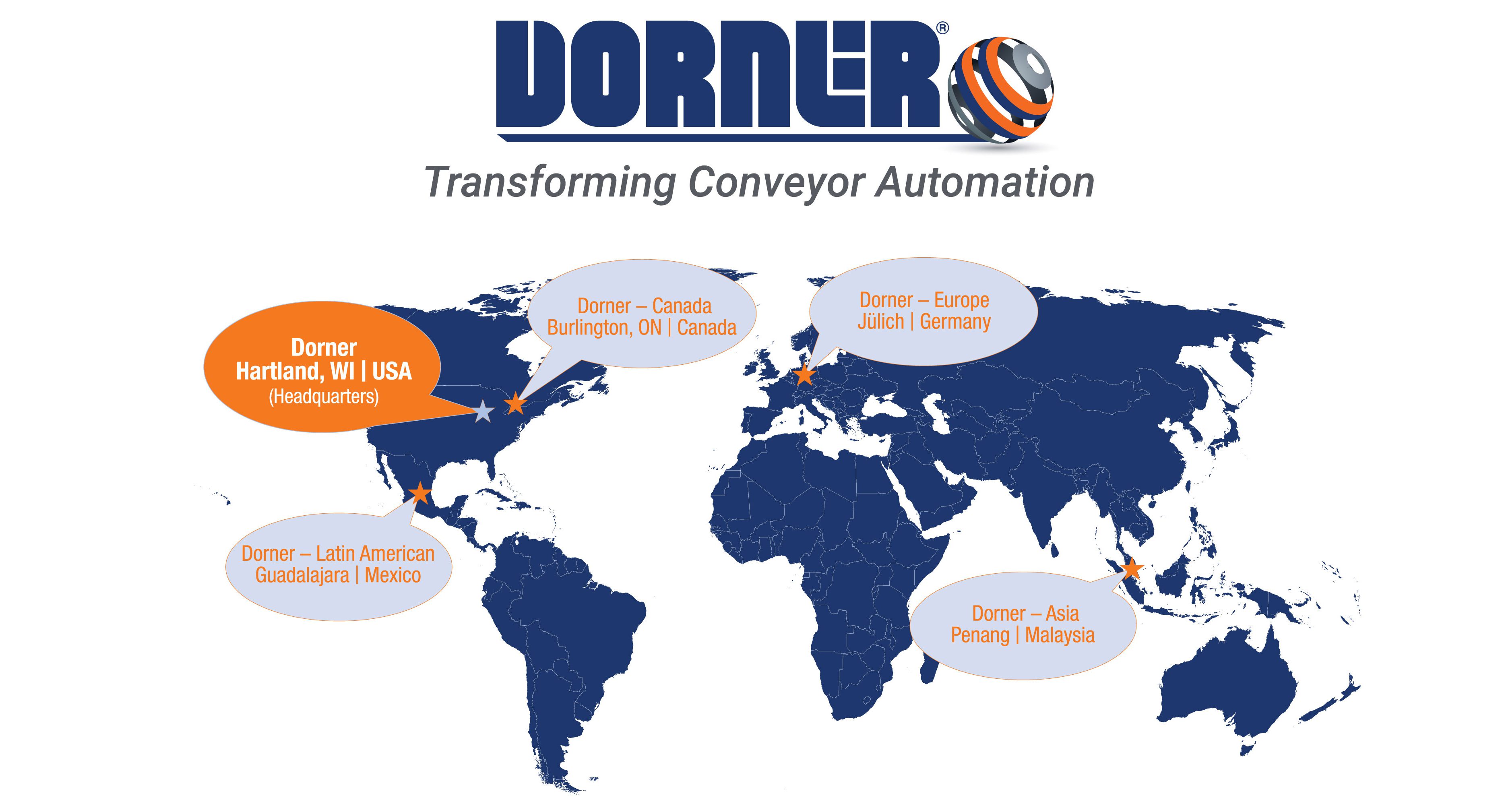 The new Dorner boasts a global workforce of more than 400 and brings a diverse conveyor automation product line and extensive application knowledge to industries around the world. The headquarters will remain in the United States, with manufacturing facilities in Germany, Malaysia and Mexico, and a sales and engineering office in Canada.

“Dorner has been integrating the various locations over the last few years, and the new Dorner is the next step in that process,” said Terry Schadeberg, president and CEO, Dorner. “Consolidating the brands allows us to focus marketing efforts, streamline customer support, and provide a unified product line around the world. We’re excited to move forward as one unified global company that’s transforming conveyor automation.”

Dorner was founded in 1966 by brothers Wolfgang, Horst and Werner Dorner. Initially, the company was a tool and die shop, but adjusted its business to focus on conveyors in the early 1970s. In 2012, the brothers sold the business to a private equity firm; Dorner was again sold last year to EQT Mid-Market US fund.

Penang, Malaysia-based FlexMove is a flexible chain conveyor system and components manufacturer for food, beverage, automotive, electronics, and other industries. FlexMove joined Dorner Holding Company in December 2015 and has since began manufacturing and selling Dorner conveyor lines, as well as supplying product to Dorner’s other locations. The FlexMove product line will continue to be offered globally with assembly in Malaysia, The United States, Germany and Mexico.

Jülich, Germany-based Geppert-Band GmbH is a belt and modular belt conveyor manufacturer founded in 1967. Geppert-Band is known throughout Europe for its engineering expertise, industry leading deliveries, and an established sales and support structure. The company joined Dorner Holding Company in 2016.

Dorner also has a sales office in Burlington, Canada, and recently began manufacturing operations in Guadalajara, Mexico, following an acquisition of Sautem in 2017. Brand merger of the three companies is in its initial stages and will take several months to complete. All products are now available at www.dornerconveyors.com.