Continue to Site
You are here: Home / Controls / PLCs + PACs / The difference between contactors and motor starters (and reduced-voltage starters) 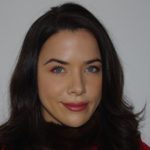 Electric motors are absolutely essential to automating innumerable applications around the world. In most cases, the driving of motors — the supplying of electric power to them — requires some engineered system that must also be compatible with the motor’s winding arrangement. Because these motor-powering systems are often found employing or accompanying the other electrical control and connectivity devices already covered in this Design Guide, we’ll now review their most common permutations. Additional information on motor drives having functions beyond motor starters can be found at this motioncontroltips.com article.

Only the simplest and smallest designs — usually with single-phase motors 5 hp or smaller or three-phase motors 15 hp or smaller — accept direct-on-line (also called across-the-line) connection to the electrical power source without risk of a motor overdraw and a line undervoltage condition. Three-phase motors driven this way can have windings connected in a simple wye (also called star) or delta configuration … and dual-voltage motors (convenient for how they can accept 230 V or 460 V input) have twin coil sets that can run in parallel or (for the higher voltage) in series.

Everywhere else, across-the-line motor starts present too many problems for the motor itself as well as systems attached to the motor — including detrimental electrical effects as well as excessive wear on mechanical power-transmission components. The design objectives of safety, productivity, and precision usually necessitate the use of more advanced motor-driving approaches.

Terminology groundwork: The difference between contactors and motor starters

In a previous section of this Design Guide, we detailed how contactors and relays are distinct components — despite occasional industry usage of the terms that suggests otherwise. Contactors and motor starters are also distinct components. Here the terms are used interchangeably because their core is the same exact technology — a switch capable of handling high voltages.

The difference is that motor starters have one extra system or systems not found in contactors — an overload relay of some type to cut voltage input should that relay sense a motor-overload or thermally compromising condition due prolonged running overcurrent. Those designated as self-protecting motor starters also include short-circuit protection. Here again, precise use of terminology is key: Rather than using short circuit to refer to any electrical malfunction, it’s only proper to use the term when discussing a sudden overcurrent arising from the flow of electrical power that has found some unintended path of travel. Short-circuit protection acts instantaneously to cut off the system from the power source.

Another difference between contactors and motor starters is related to how the two components are rated and specified. Contactors are generally classified by their voltage capacity. In contrast, motor starters are typically rated by their current capacity and the horsepower of the motors for which they’re compatible … even while accommodating inrush current upon startup without nuisance tripping. That is usually done through a slight delay in relay tripping — as many motors (especially smaller motors) can reach full operating speed in just a few seconds.

Motor starting at its most basic level is classified as manual or automatic.

Manual starting includes hand-turned on-off switches that simply make or break the motor input circuit when activated by plant personnel. Some versions that qualify as true motor starters (as designated above) incorporate a thermal-overload relay to de-energize the motor if it becomes overheated.

In contrast, automatically triggered motor starting is sometimes called magnetic starting for the electromechanical contactors that are core to this design.

As with any electromechanical relay technology, these have stationary electromagnetic coils that (upon a command from a pushbutton, limit switch, timer, float switch, or other relay) force together two circuits. These circuits include input power contacts and a mating carrier that (once closed together) allow current flow into the motor windings. One variation on this design is a combination starter, which includes the magnetic action as well as some way of disconnecting electrical power when needed … either with a fuse, breaker, or motor circuit switch.

Wye-delta motor starting (one type of reduced-inrush system) sends full-line voltage the motor’s wye windings during startup — though voltage across each motor winding is reduced by the inverse of the square root of three (57.7%) which is why this arrangement is sometimes (rather inexactly) called reduced-voltage starting. Then a circuit (usually with a contactor for each phase, overload relay, timer, and mechanical interlock) switches the motor input to supply it full-line voltage into its delta windings.

Part-winding motor starting — used in conjunction with the specialty dual-voltage motors mentioned above — applies across-the-line voltage to only one part (half or two thirds) of the motor windings (typically nine or twelve) upon start. Then once a set time has passed or set voltage is detected, a relay or timer springs into action and commands that the rest of the windings be added and supplied power as well. Acceleration may be irregular, but part-winding motor starting impedance has no effect on starting torque … and allows low-torque starts that are useful for pumps, fans, and blowers. Like wye-delta starting, part-winding starting is a type of reduced-inrush system and delivers a diminished full-line voltage upon motor startup — but doesn’t technically qualify as reduced-voltage starting.

Full-voltage reversible starting leverages how induction motors change rotation direction upon reversal of any two power leads. Reversing starter systems simply incorporate a pair of mirrored contactors complemented by interlocking subcomponents to allow run-forward and run-reverse conditions. Quicker rotational-direction reversals can be made with plugging, which is the temporary powering of both circuits.

Primary resistor motor starters are a cost-effective option that uses resistors and some number of contactors — with the latter dictating the number of starting voltage steps. These steps can be somewhat abrupt due to the circuit’s low inductance. Though the resistors can be bulky and introduce inefficiency, this starter type delivers reliable motor-starting torque.

Primary reactor motor starters are most common on large high-voltage motors. They employ a reactor (inductor) action in a circuit like that of a primary resistor motor starter. Relatively long smooth accelerations are possible (even to a dozen seconds or more) though additional system inductance can degrads overall efficiency — and a poor power factor degrades torque-generating current components and motor flux.

Primary reactor motor starters are relatively costly but useful where adjustable start torque is required. Autotransformer motor starters use a single-winding electrical transformer — with the latter being a passive electrical device for transferring electrical energy from one circuit to another. More specifically, autotransformer starters employ a trio of electrical contactors on an autotransformer having selectable taps. That imparts stepped voltage starting for long smooth acceleration upon startup — even to a few dozen seconds. Start voltage can be 50% to 80% of line voltage for high start torques in applications where that (and not efficiency) is a leading design objective.

Soft starters employing solid-state semiconductor technology are capable of the most controllability out of all motor-starter options. They’re also the gentlest on motors’ internal subcomponents and attached power-transmission mechanisms. At their core, soft starters consist of various thyristor or SCR arrangements … so for example, some designs have a pair of thyristors on each of the three lines into the motor. Review this Design Guide’s section on solid-state relays for the basics of this technology. These switching devices work to control electrical power into the motor windings (as illustrated by the soft-starter diagram showing firing angles) while leveraging how motor voltage along with current and torque are low upon initial startup. Then they gradually raise voltage and torque according to a preset routine.

Motor soft-starter programming dictates the exact parameters of the increase to set voltage. Consider the operation of a representative SCR-based soft starter: Here a conducting (gated) SCR has a movable gate point … and adjusting back this speed value (called ramp time) causes an increase in voltage accumulation before the SCR switches on. Then once the motor windings reach full voltage, the SCR switches off.

Besides the benefits already mentioned, soft starters impart motor protection (even during phase imbalances during electric-utility brownouts) as well as the ability to soft stop. The latter is helpful where motors drive designs such as conveyors that involve inertias capable of shifting or breaking during transport.

Of course, variable frequency drives (VFDs) are another option for soft-start functionality. They provide the same controlled starting and stopping functions of a soft starter, albeit in a different way — by varying motor-input voltage frequency rather than voltage magnitude. Other VFDs advantages over soft starters include the ability to control motor speed over the entire operating range. VFDs can also deliver power for holding torque (full torque at zero speed) which is key in motor-driven applications such as cranes and elevators.

However, for some designs VFDs are overly costly and complicated. Reduced-voltage motor starters tend to be more suitable than VFDs where there’s no gain in efficiency to be had from running the attached motor below its top speed rating.