Again — because the load connects directly to the motor’s rotor (with no intermediate power-transmission components) torque motors are called direct drives. So torque motors can work as actuators for direct-drive mechanisms to replace traditional setups that include geared electric motors, for example. 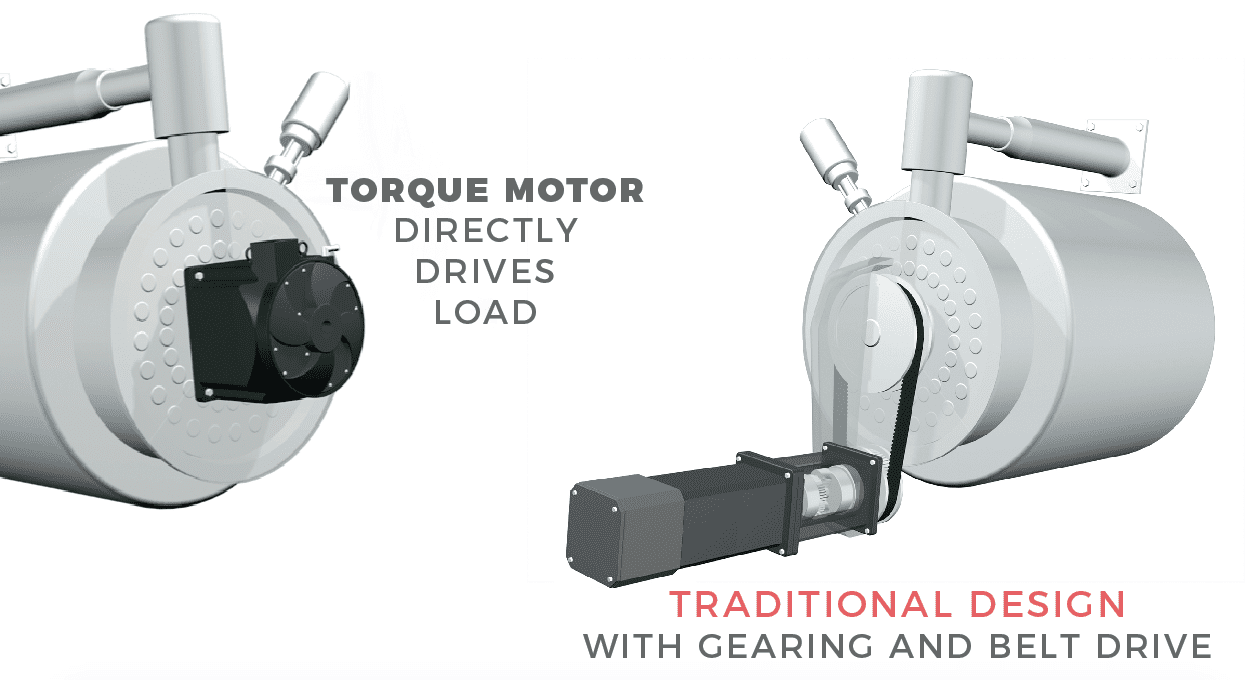 Usually torque motors take the form of permanent-magnet synchronous motors with especially wide diameters; toroidal winding construction; rare-earth magnet rotors; and (in some cases) cooling options to prevent overheating during high sustained torque output. Conceptually, these motors are like traditional servomotors except they are wide with short axial length (instead of the small diameter and long length of traditional arrangements) and they have far more poles than servomotors. The high pole numbers enable torque motors to output high torque but at lower average speeds than servo motors. In addition, torque motors usually offer a large hollow shaft or bore that allows passage of tubing, light beams, and so forth through the center of the motor and driven axis.

One torque-motor application is on web-winding applications that benefit from direct drives on the spools for controlled take-up and unwinding. Controls drive them from low torque to high torque in order to achieve uniform metering of the paper, film, or other web material without the need for intermediate gears, couplings, or clutches. 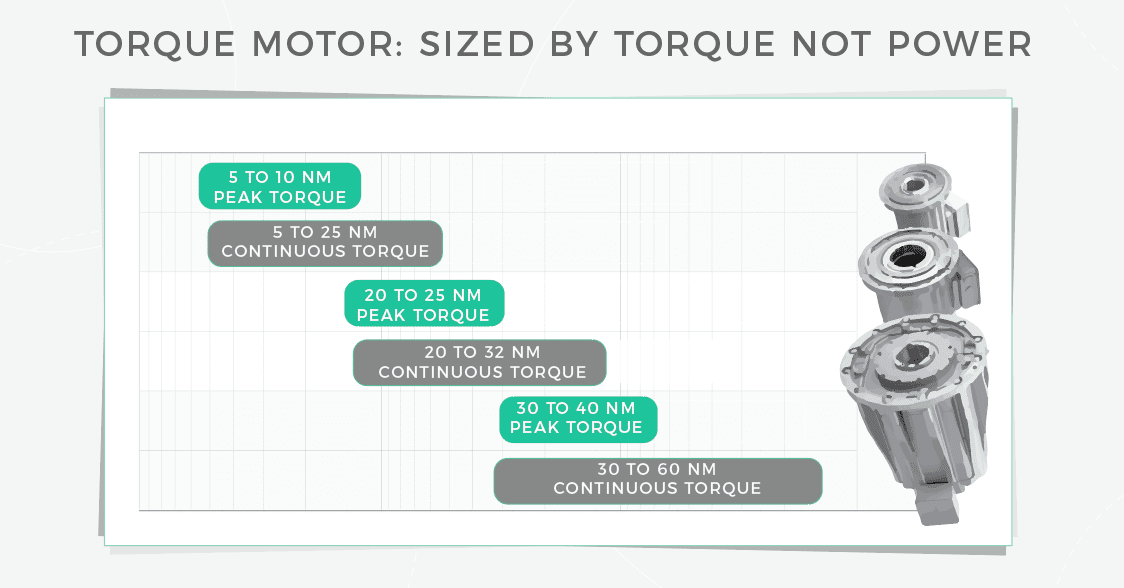 Another common application for torque motors is on indexers and rotary tables. Why is that? Well, many indexing tables make use of traditional servodrives that incorporate mechanical power-transmission linkages and powertrains paired with low-inertia servomotors and high-resolution feedback. But the catch here is that some high-speed indexers and especially precision rotary tables cannot be accurately and quickly indexed or positioned with good stability when there is “lost motion” from mechanical gearing and coupling in the loop. Here, direct-drive torque motors can output high peak torque to position quickly without any lost motion to worry about. Plus the high-resolution feedback device is mounted with the motor directly on the driven shaft — which eliminates a source of loop instability.

In a lot of cases, torque motors come as frameless motors. That because these direct drives often go into specialty machine builds where the motor can be designed right into the machine, which eliminates the need to accommodate motor housings, bearings, feedback or gearing and coupling. Frameless torque motors let OEM engineers pick components and tailor motor characteristics to optimize the overall design for specific performance.

In contrast with traditional drive sizing and specification, the selection of torque motors isn’t based on power but rather torque. Peak torque is the motor’s maximum torque possible for short periods; continuous torque is the torque the motor can supply indefinitely as long as its mounting is correct for proper cooling. Application duty cycle dictates the levels of peak and continuous torque needed to affect the overall motion design goals. Visit motioncontroltips.com/category/integrated-motion-systems/rotary-tables for more on one common application for torque motors — that of direct-drive rotary tables.