Frameless motors are rotor-and-stator subcomponent sets that aren’t prefixed in a traditional motor housing. They don’t include an output shaft (or shaft-support bearings) either. Instead, the OEM or design engineer works with the supplier to tightly integrate the frameless motor stator and rotor directly into the machine and framing. Watch this video for more:

However, the fundamental operation of frameless motors is just like that of conventional permanent-magnet and induction motors. Frameless motors are powered by drives … they are sold in frame sizes and according to the voltages for which their windings are intended; most leverage Hall sensors and encoder feedback for high resolution; and some are UL listed to simplify design verification for OEMs.

Note that some frameless motors take the form of brushless servomotors to drive precision axes as any other servomotor system. In contrast, other frameless motors function as torque motors. These direct-drive electric motors usually have large diameters and higher pole-counts and run at lower speeds than servo motors … which in turn means they deliver higher torque than servomotors.

One major advantage of frameless motors is extremely high stiffness. Of course, a design’s overall stiffness depends on that of all its components. Traditional designs include a motor with a shaft coupled to mechanical transmission components like belts and pulleys, lead screws, or gearboxes. Even shaft stiffness can have a significant effect on system stability — as it’s a function of diameter cubed. 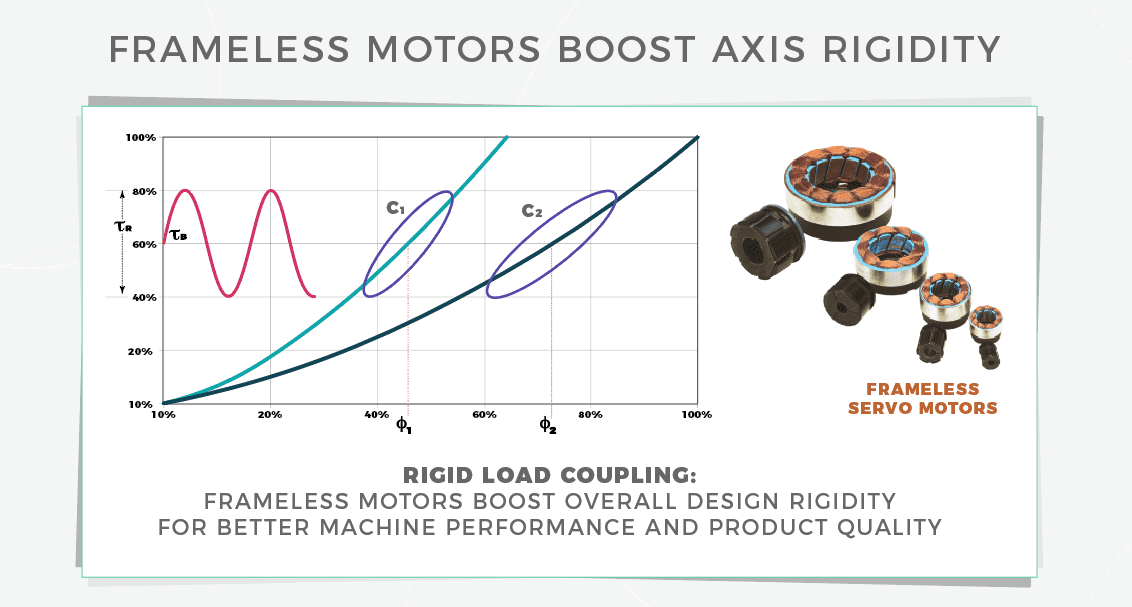 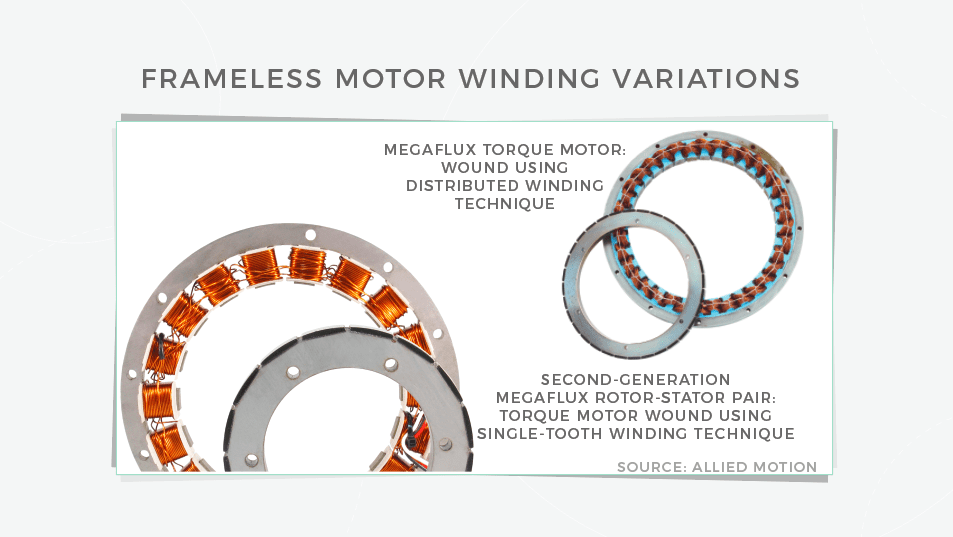 The bore on these motors lets machine builders configure machines in a myriad of ways. But consider another variation is a housed torque motor that includes a bearing set, position feedback device and usually a temperature monitoring device. This concept requires less application engineering by the user but also limits design flexibility.

One caveat: Though frameless motors offer many advantages, they require more application-specific engineering, which means they are generally found only in higher quantity production products like CAT scanners or in low quantity builds where cost is not the primary consideration like a telescope. That said, the engineering investment in frameless-motor integration can impart competitive performance advantages.