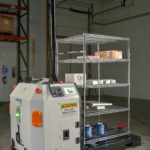 Relying on PC-based PLC system from Beckhoff, America in Motion’s iBOT Automatic Guided Vehicles break new ground with path planning system. When one thinks about automated guided vehicles (AGVs), their imagination often stirs up images from science fiction. Tiny robots, scurrying about and completing the menial tasks of their human bosses. Today, we are seeing […]

Whether in the classic church setting or in modern rock music: the organ is the queen among musical instruments. It remains unequaled in its variety of sounds. While the sound is generated electronically on modern organs, air still sets the tone on the classic instruments. Instead of relying on human muscle, however, the arduous work […]

Effective today, Motion Industries, Inc. a wholly owned subsidiary of Genuine Parts Company , has entered into a definitive agreement whereby Motion Industries has agreed to acquire Epperson and Company, an industrial distributor specializing in material handling products and services since 1932. Execution of the transaction is expected to take place March 1, 2016. A […] 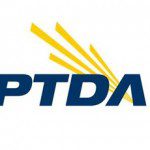 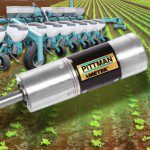 PITTMAN Motors, a business unit of AMETEK Precision Motion Control, has introduced its latest offering in a broad range of DC brush and brushless motors to the agriculture equipment industry.  Pittman DC gear motors with encoders are used in agricultural planting equipment for consistent dispensing of seed and insecticide to improve crop yield. Pittman offers […] 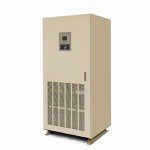 Mitsubishi Electric announces the AEGIS series UPS as the successor to its 9900A Series. Like all other Mitsubishi Electric UPS products, AEGIS is a three-phase, on-line double-conversion system and features Insulated Gate Bipolar Transistor (IGBT) technology for improved performance and reliability. The AEGIS series is available in 80, 100, 150, 160, and 225 kVA and […] 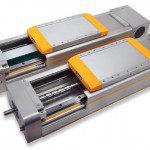 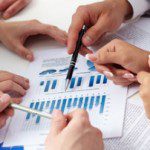 The PTDA Business Index for 2Q2015 indicates slowing compared to the previous quarter with a reading of 46.6, down from 67.7 in Q12015. This is the first time the Index, created in late 2010, has shown contraction in business activity, employment and inventories affecting the PT/MC industry. [Note: The index reading indicates the rate of […] When flammable gasoline is in play, no container failures are acceptable. Now, one manufacturer tests its gas-pump hoses with equipment sporting advanced PLCs. Vapor Systems Technologies makes breakaways, whip hoses, gas nozzles and other gas-dispenser hardware that stems from gas dispenser. The manufacturer wanted to test its nozzles to 1,000,000 cycles, the equivalent of about […] 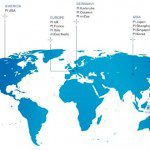