Continue to Site
You are here: Home / Uncategorized / The downside of patent protection 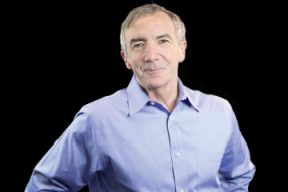 MUCH angst has been expressed over patent trolls that buy up low-quality patents then sue the bejesus out of potential infringers to “enforce” IP rights. Lest you think patent suits by these guys are over money earned from patents, consider this: Scholars at the National Bureau of Economic Research have found that patent trolls often sue though the patent in question has earned little or no money. The suits gets filed, scholars say, simply because the “infringers” have a lot of cash; the cash often comes from other businesses that have nothing to do with the patent.

The NBER scholars have also found that such shenanigans hamper innovation. They say firms targeted by patent trolls reduce their own R & D budgets by an average of more than 25%. The implication is that some of the funds normally spent on advancing technology instead go toward defending against nuisance lawsuits.

The trolls frequently defend their actions with claims they benefit the small inventors whose patents they defend from “infringement.” Not true, according to the NBER scholars. Little of the money patent trolls receive in litigation passes through to the small inventors. And there is no evidence any of this court action has led to an upsurge in patent activity among independent inventors.

A number of observers have recently come around to that view that patents could be more trouble than they’re worth, and not just because of spurious patent suits. A review of history shows that the mere holding of a patent is no guarantee of commercial success. In fact, it is easy to uncover tales of inventors who were consumed with defending their patent rights while others founded industries related to the work of those pioneers.

For an example, consider the case of Charles Goodyear. Goodyear received his patent for vulcanized rubber in 1844 but spent most of the rest of his life in patent disputes with Thomas Hancock and Stephen Moulton. Goodyear himself was never prosperous. The company bearing his name, Goodyear Tire & Rubber, wasn’t founded until almost four decades after his death, long after his patents had expired.

Perhaps more notorious are the patent disputes surrounding the Wright brothers. It has been reported that the Wrights had such a reputation for lawsuits that aviator Glenn Curtiss and his colleagues mockingly suggested the brothers would sue anyone jumping in the air and waiving their arms.

The Wright’s business was profitable but not overly so. And it didn’t last. Orville sold the company in 1915 after the death of his brother. The firm produced its last plane in 1916.
A more modern example that invokes discussion about the value of patents is in 3D printing. The first patents for stereolithography and digital slicing strategies were filed in the 1980s. But the 3D printing industry didn’t really boom until 30 years later. So you have to wonder how much of an advantage it was to be the inventor of those early discoveries.

There are ways to avoid the downside of patenting. One is counterintuitive: In 2014, Tesla Motors founder Elon Musk decided to make all Tesla patents open source. Tesla patents number in the hundreds. They cover everything from bumper mounting plates to battery pack safety. Musk’s rationale for the move: “I realized that receiving a patent really just meant that you bought a lottery ticket to a lawsuit.”

Then, of course, there is the approach taken by Cicoil in Valencia, Calif. In the 1950s, this maker of motion cable came up with a special process for extruding continuous lengths of flat cable out of clear material. But don’t bother trying to find Cicoil’s patents on the technique. There aren’t any. The firm treats the process and anything related to it as a trade secret.