Continue to Site
You are here: Home / FAQs + basics / How to address overshoot in servo control 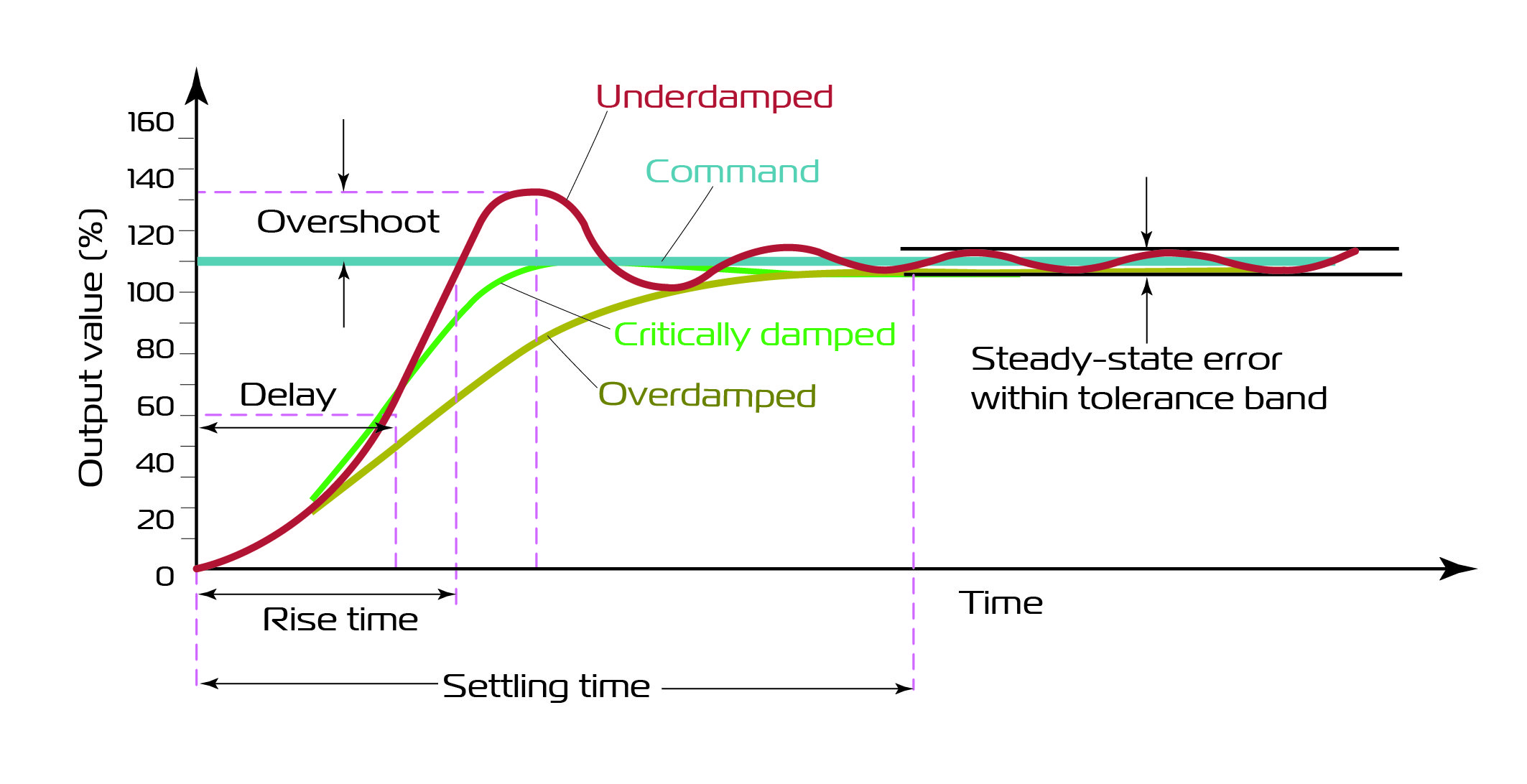 Another method for addressing overshoot (or undershoot) is to use a cascaded position-velocity loop with feed-forward gains.

In contrast to PID gains, which are reactive, based on error that has already occurred, feed-forward gains are proactive, predicting the commands needed to achieve zero error and injecting them into the control loop.

By combining velocity feed-forward and acceleration feed-forward with standard PID servo control, both fast response and minimal error can be achieved without inducing overshoot.