In Part 1 of this series, we alluded to the increased adoption of wireless technologies for automation. In fact, the market for wireless technologies, one permutation of IIoT connectivity, has exceeded $1B annually … and will grow as global competition in manufacturing pushes organizations to optimize facilities for minimized cost of ownership.

Consider the input of Dan Phillips, director of reliability and maintenance of CMRP for Regal Beloit on this topic and the role of wireless connectivity for industrial applications. 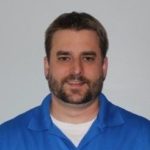 Declining sensor costs and improved wireless communication protocols (fueled by the megatrend of IoT) have created an ever-growing mix of suppliers, distributors, and service providers using wireless technologies for machine condition monitoring. Though it’s easy to get caught up in the hype surrounding wireless, it’s becoming increasingly necessary to sort out the financial viability of these new technologies.

Start with the business case: As with any sound business decision, suitability depends on financial and time considerations. Addressing the following questions when evaluating the use of wireless technology should be a first step before settling on a particular system.

When conditions are detected that indicate a machinery problem, how much time is needed to prepare spare parts, craft labor, and so forth? The ability to detect faults at the earliest stages of failure, especially for low-speed equipment, may require technologies exceeding the sophistication and capabilities of wireless systems.

What is the cost of lost production in the facility when equipment is run to failure or fails unexpectedly? Determine whether there will be a payback for the instrumentation … minimally in terms of risk mitigation. Deploying technologies on equipment that doesn’t benefit from condition-based monitoring is an inefficient use of time and resources. Running equipment to failure may be a sound business decision if the equipment has redundancy (or spares are readily available) and simply replacing the equipment when it goes down doesn’t adversely affect production and safety.

What resources are available to analyze the data generated from the wireless monitoring systems? Interpreting and acting upon condition monitoring data is paramount in sustaining a successful monitoring program. If resources to interpret the data are unavailable at the facility, consider utilizing automation or certified analysts to ensure that data is leveraged to benefit the bottom line.

Answering these questions will ensure that a technology which provides a favorable return on investment is utilized.

Of course, there are many types of wireless monitoring devices today — and they vary in measurement sophistication, communication methods, protocols, data management, form factor, and durability. From a technical standpoint, it’s key that the specified monitoring system fits the machine’s criticality ranking and operating conditions — defined by the following.

How often the machine runs: Wireless sensors allow for quick and easy deployment of condition monitoring — where gaps in the data stream won’t degrade system reliability. Gaps in the data are usually inherent to data collection logic, which is often setup to collect data at certain times of the day or when other conditions are met. Because data is collected intermittently, many of today’s wireless monitoring systems are best suited for steady-state machines that are either on or off — such as fans, pumps, and other equipment not required to make frequent starts and stops each day.

Speed: Speed feedback on a dynamic machine with varying speeds and loads is critical in diagnosing faults. In some cases, wired systems are preferable. In the hands of a skilled analyst though, speed changes are not a limiting factor, as the analyst can use other methods to determine whether frequency and resolution are high enough. Failure modes: Each machine has several different possible failure modes — many of which are related to specific fault frequencies in the vibration spectrum. Engineers should consider the fault frequencies that would be present for a given machine to ensure that they don’t exceed the limits of the wireless sensor on both the low and high end of the spectrum. An expert can help identify the specific failure modes that will be captured with a particular technology.

Out of sight (and out of mind) location: Some equipment operates in remote locations not frequented by people who may be the first to detect subtle changes in operating noises as well as dripping fluids and other signs that equipment needs servicing. On such remote and nonstationary equipment — in tunnels, on roofs or rafters, or integrated into cranes or mobile devices — wireless sensors can serve as the “ears” to monitor for trouble.

Other forms of (and uses for) wireless connectivity

Others agree with Phillips on the benefits of appropriately deployed wireless solutions — even beyond machine monitoring for lower cost of ownership. These functions include enterprise connectivity and operational feedback for on-the-fly changes to machine functions for top throughput … even of variable product types.

“Users can even monitor drive-based diagnostics — for better preventive maintenance based on real-world application data containing information about the frequency of events,” Prellwitz adds.

Others also see mobile applications spurring more wiring connectivity. “With wireless technology and autonomous capabilities on the rise, mobile machinery using industrial controllers is becoming more common,” says Allen Tubbs, product manager for electric drives and controls of Bosch Rexroth. He cites off-highway and entertainment-industry examples: “Agriculture is an industry in which new automation innovations are coming online due to the shortage of available workers to tend and harvest produce. The entertainment industry is another good example — especially as amusement-park rides become more complex.”

Today’s off-the-shelf automation controllers in such settings can impart the wireless and safety technologies necessary to protect personnel and communicate with existing computer systems, says Tubbs.

As wireless technologies advance, so do the ways in which they’re used. 5G in particular holds promise for manufacturing operations that might benefit from cloud connectivity, because it has the needed bandwidth and stability for production grids — especially where realized as a campus network. “But because there are usually network connections available on all machine infrastructures, we consider widespread 5G-based industrial networking a ways off,” notes Markus Weishaar, product manager of IIoT & Software at Dunkermotoren.

Others agree though are preparing for the eventuality of 5G in industrial settings. “We expect that as more 5G technologies are adopted, there will be rapid expansion in augmented reality, virtual design, and advanced analytics — also called artificial intelligence or AI,” says Rusk. “With the exponential increase in speed, we expect an estimated processing time up to 10 times faster than what we currently see with 4G systems.”