Continue to Site
You are here: Home / Motors / Trends 2020: Motors get more connected — and more efficient

2020 is seeing new trends in the application of stepper motors as well as permanent-magnet synchronous motors (PMSMs), brushless motors, and direct-drive motors including torque motors.

Perhaps one of the most dramatic trends is increased use of PMSMs or synchronous ac motors. They began seeing more use in the early 2000s, and now such motors (sometimes called brushless ac motors, permanent-magnet ac motors, or PMACs) have become fairly common in a range of applications … including those for hoists and cranes, conveyors, printing, packaging, and vehicle hub drives such as those in AGVs.

Frameless motors are another motor type seeing increased use. Recall that frameless motors are rotor-and-stator subcomponent sets not prefixed in a traditional motor housing. They don’t include an output shaft (or shaft-support bearings) either. Instead, it’s left to the OEM or design engineer to integrate the frameless motor stator and rotor directly onto the machine axis.

Robot builders in particular benefit from frameless motors, as they allow designs that are smaller and more precise.

“Our distributors probably have the most information about the applications for our gearing. In many cases, we’ll only know the torque and speed and other hard parameters of a design … and not the ultimate function of the machine into which our gearboxes and the motors they accompany go,” notes Robert Shouppe of CGI Motion. 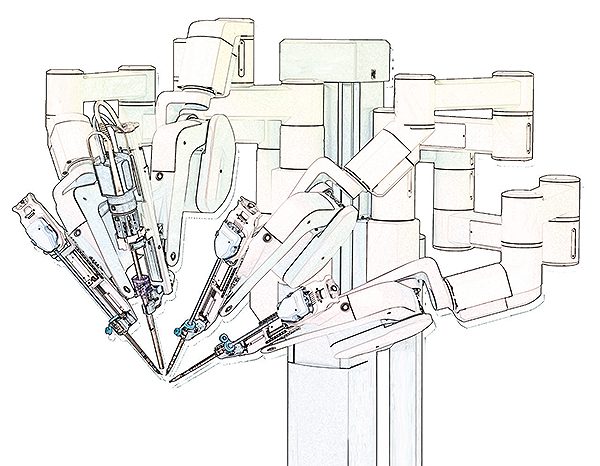 Others confirm this trend. “Our frameless torque motors are a top choice for engineers designing military applications who prefer to design their own actuator and require a robust stator and rotor part set,” says Eric Barton, A&D market specialist at Allied Motion. “We also design and manufacture custom as well as commercial off-the-shelf (COTS) and modified (MOTS) rotary and linear actuators, brushed and brushless dc motors, gearboxes, and drives commonly used in military robotic applications.”

The motor maker’s BLDC and brushed dc motors are frequently specified for unmanned aerial and ground vehicles having the demanding motion control requirements associated with extreme-temperature and otherwise harsh environments.

Barton’s colleagues cites other leading applications. “AGVs are changing the landscape of manufacturing and warehousing, as well as the military industry. We supply various traction-wheel assemblies for AGV vehicles,” explains Allied Motion systems engineer Jeff Shearer. Some such offerings are actually based on brushless dc motors complemented by epicyclic gearboxes and integrated drive electronics with a fully assembled wheel for quick mounting to a vehicle.

“Electrifying what were previously hydraulic systems is also an area of growth,” Shearer continues — “and moving armored doors on military vehicles has been a new area of application for electric motors. In fact, one new patented design we offer takes advantage of spring-energy storage to counterbalance the weight of an armored door. As a result, the weight of the system required to actuate the door (including power supply, cabling, servo drive, motor, and gearing) is greatly reduced — to save space reduce vehicle weight, and boost efficiency,” explains Shearer.

Motors run off batteries must be efficient

Efficiency is also a top design objective for motor-driven designs run off batteries — including e-vehicles such as scooters, cars, and buses.

“We’re starting to see engineers put more resources into Lithium-ion (Li-ion) and Lithium iron phosphate (LiFePO4) battery packs for e-vehicles such as e-bikes, e-motorcycles and e-scooters,” explains Ryan Tan, systems engineer at Texas Instruments. “One big reason for this increase is that China recently implemented a new regulation requiring that e-bikes weigh no more than 55 kg — and that’s including the battery pack.”

This has prompted a transitioning of battery packs from lead-acid to Li-ion/LiFePO4 because the latter chemistries have a higher power density … and are lighter than lead-acid options for a given capacity.

“Additionally, the e-bike and e-scooter market is growing rapidly in Europe and North America … and the rapid market growth is creating room for high-performance products that utilize Li-ion/LiFePO4 batteries,” says Tan.

“Brushless dc motors based on the advancement of the our patented Ultra EC coil are revolutionizing the power-tool industry,” says Dave Beckstoffer, commercial program manager at Portescap.

The high torque output of these motors is letting the OEMs reduce the overall size of the power tools … in turn making them more ergonomic for the operators that sometimes use them for hours at a time.

“The lower losses during operation also keep the temperatures of the power tool at a comfortable level,” Beckstoffer adds. “This lets design engineers provide the performance needed in a battery-powered tool — and eliminates the need for a cord to give end users more freedom.”

Of course, careful analysis of the drive electronics associated with sending current to the motor is required to realize top motion-design efficiency.

“Though the IoT until now has been dominated by sensors and wireless interfaces, it will soon include more active motion designs. In other words, IoT in the home especially will soon go beyond just smart LEDs to a broad variety of new battery as well as line-powered actuators and small robots doing daily tasks for us,” says Jonas Proeger of Trinamic Motion Control. This will result in a shift in requirements for motor control.

“As the majority of these applications will be battery powered, they’ll need lowest standby power consumption — as standby current has a major effect on the energy budget.”

Consider this example: Assume we have a motor-driven design drawing a combination of standby and impulse load.

“This example shows that standby current may be problematic for applications with low operating duty cycle,” explains Proeger of Trinamic. “This is relevant because standby is often used in conjunction with power ICs to save an additional semiconductor switch for completely interrupting the power supply. Of course, an additional switch is not expensive but the caveat here is that it might waste significant energy during system ontime as the full load current passes through the switch.”

“Smaller motion devices can now mimic humanlike dexterity and flexibility capabilities — so are becoming more important than ever. New sensor technologies along with more efficient electromagnetic designs are driving solutions that can provide delicate touches and extremely careful gripping  — or flexing to secure a fastener with ease,” says Robert White, applications engineer at Nippon Pulse America. Just consider how delicate the grippers that handle test tubes going through the Roche cobas 8800 must be.

Electromagnetic designs that increase flux density through improved slot fill and higher energy magnets are enabling motors that are smaller yet more powerful than ever.

“In addition, feedback devices with improved resolution along with sensitive current sensors that detect smaller increments of torque or force improve the controllability of the motors used in these robotic applications,” adds White.

A final trend in motor integration that White cites is that towards system-based design approaches.

“This considers the application holistically and accounts for integration of motion elements into the robot design from the start — not as an afterthought,” notes White.